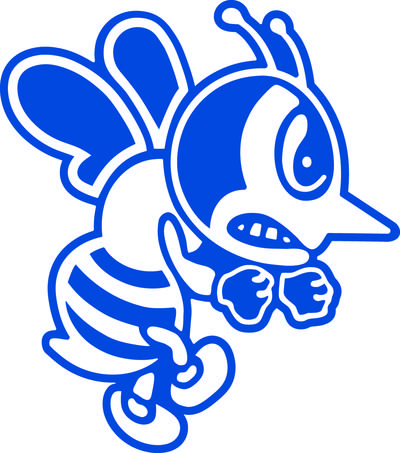 When I was in high school one of the best wrestlers on our team was also a standout football player. He wrestled at both 160 lbs & 189 lbs winning multiple S.I.C.L. (South Iowa Cedar League) conference titles and placing twice at the Iowa high school state championships, taking sixth in 2002 & eighth in 2003.  His name is Darren Miller and he went on to play collegiate football for St. Ambrose in Davenport, Iowa.

I knew at the time that St. Ambrose didn’t have wrestling, but I was curious as to whether they ever did or not.   I was able to discover that they did indeed have wrestling but I wasn’t able to find out much information regarding the team.

A native of Davenport, Campbell was the 1949 runner-up at the Iowa high school state tournament.  he represented the fighting bees at the 1951 NCAA championships.

I don’t know for sure but I believe that Richard Colston was also a native of Davenport.  He too represented the Fighting Bees at the 1951 NCAA championships.

It’s not much information but that’s a huge part of it concerning the many teams we’ve lost in collegiate wrestling.  It’s why I call this series “Gone, Lost & Forgotten” because that’s exactly what happened with a lot of this information.   I would love to know more about St. Ambrose wrestling and welcome any new information that anyone has upon