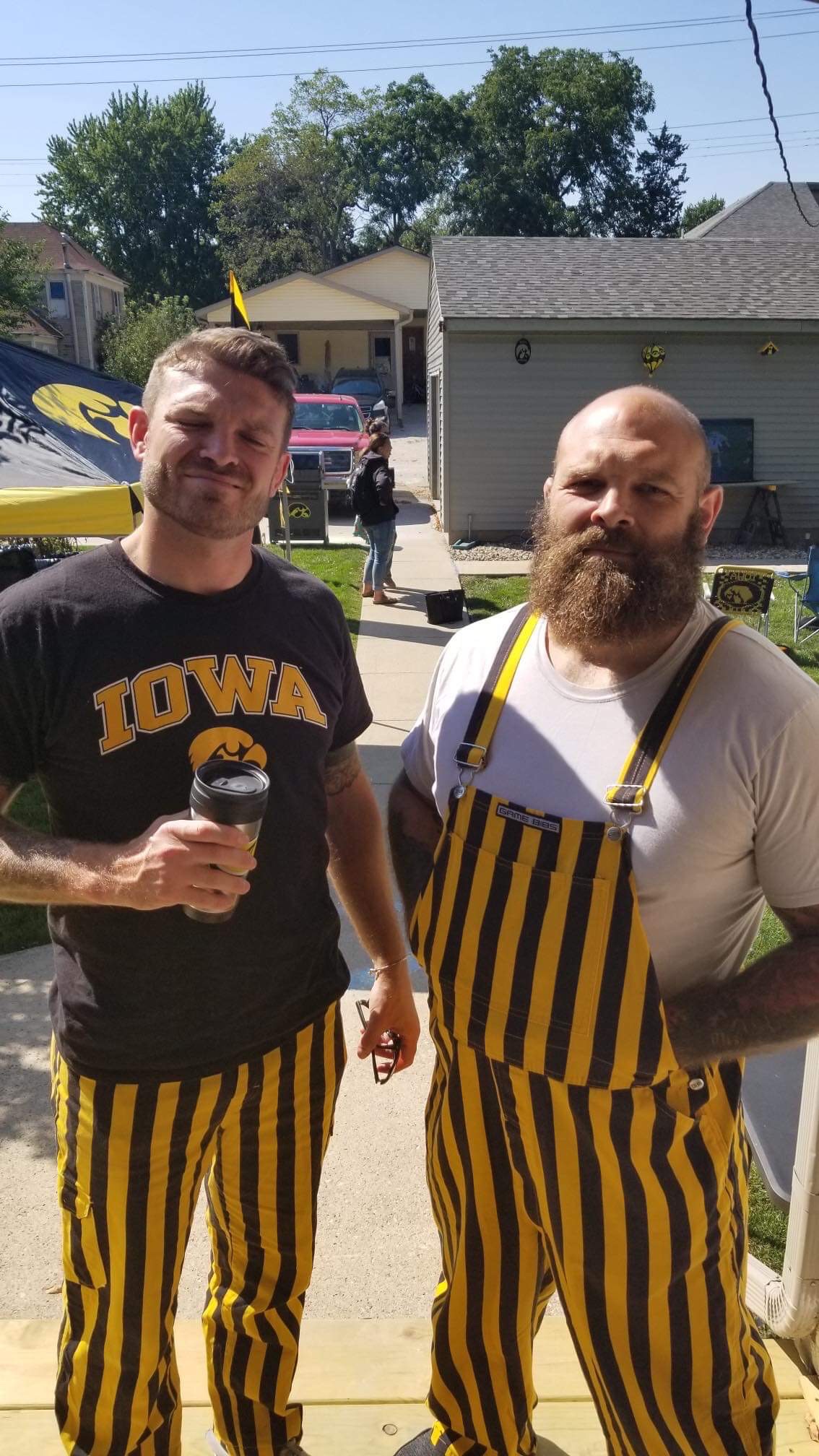 I’ve never met Dave Doebel. I’ve never met him. However, I have known of the guy for a long time. Since I was a kid. He had a battle with one of our guys at state that I remember pretty well. And my cousin, Nick Weber, who’s father, Gary Weber was Dave’s head coach at Clear Lake has told me some funny/entertaining stories about him.  It sounds like he was an entertaining guy to have on the team, not to mention, assured team points.  He seems like a stand-up guy!

I started wrestling because my older brother, Rob, went out. I was in 6th grade at the time.

My older brother Rob was a state Qualifier, younger brother Matt placed 3rd. My cousin Micah Daggy won a title for Dowling in 1996, the same year I won.

Since I started in 6th grade, I didn’t have a lot of years, but I remember some good youth matches with David Grandstaff of Mason City & Mitch Fevold of Forest City.

What were some adverse challenges you experienced in wrestling and how did things turn out?

All my coaches contributed something special. I was lucky enough to have good coaches from 7th grade through college. Mike Rysak, Gary Weber, Al Baxter. All great motivators.

Who did you look up to in the wrestling world growing up?

I looked up to Shawn Zimmerman, a Clear Lake finalist at state. When I was in middle school, he volunteered time and coached me on a mat he had set up in his basement.

Living in Fort Dodge gives me a bias, but I’d say Drake Ayala is really impressive.

What loss made you the most upset?

Hardest loss I took was getting pinned at state my freshman year by Travis Holm of Osage. That’s the only time I’ve been pinned in Folkstyle wrestling from 6th grade to finishing in college.

Would you change anything about your wrestling experience?

I wouldn’t change a thing. I worked hard, enjoyed it while it lasted. Great experience.

What are some of your favorite memories from wrestling?

Best wrestling memories were traveling with the team at Buena Vista and wrestling for Al Baxter. The 1999-2001 teams were full of great people. Placing 4th in the Nation in 2001 & getting all American status was amazing.

Who were some of your most notable competitors?

In 1996, Scott Kaufman of Emmetsburg bumped up & wrestled me in a dual. We were both ranked 2and at the time, him at 160 & me at 171. I pulled out the win in the last 20 seconds. He was 1 of the physically strongest guys I’ve ever wrestled. I always went back & forth with Ryan Crooks of Mason City Newman, I never could figure out his style.

Who was the fiercest competitor you ever wrestled?

Tyler Abens of Webster City was a fierce competitor. We wrestled 7 times over the years as we both were in the NCC conference. I managed to pull wins in all the matches but every match he made closer. Our final match was the state finals and I won by 1 point with him riding me out & cranking me to my back. I still cant watch that match.

How do you feel like today’s generation of wrestlers would stack up against your generation?

A wrestler’s a wrestler. I don’t know if you’d see a big difference between my generation & today’s kids.

Wrestling was seasonal for me. It was a big part of my life, but if I ran all year, I think I’d have burned out.

I attended NIACC before they restarted their wrestling program. My final year, Al Baxter called me out of the blue & asked if I wanted to move to Storm Lake & wrestle for Buena Vista. I was there the next Fall. My 1st year, I wrestled behind All-American, Mike Pamalack. The following 2 years, I qualified for D3 Nationals. My senior year I placed 4th in the nation.

Brawling, physical style. I don’t remember many guys being as strong as me. I think cutting weight the right way, maintaining strength & having gas in the tank in the 3rd won me a lot of matches.

Did you play any other sports in high school?

I played Football through High School.

Did you have plenty of practice partners to push you through the grind in wrestling?

Clear Lake always had a full room. Gary Weber could get a lot of kids out for the sport. Kevin Salge, Matt Gerhardt, Mike Ostrander, Casey West & 100 others were great work out partners. At Buena Vista my senior year I worked out every day with B.J Strandberg of Storm Lake. He always brought his best & pushed me to do my best.

How cool was it to be part of such a nice program like Clear Lake?

Clear Lake was a great place to grow up & it has been great to see a number of State Champs over the last 20 years.

My brother Matt & I started running after college. We’ve run 4 marathons & around 15 half marathons. I love following my Chicacgo Cubs with my wife,Kirsten. We also enjoy traveling as a family.

How has wrestling affected you as a person to this day?

Wrestling taught me perseverance. It taught me that if I wanted something I had to put in the work.

I worked as a police officer and lieutenant for Storm Lake Police department for 13 years. I now work for Fort Dodge schools with at risk kids.

Are you still involved with the sport?

I have my coaching endorsement and have helped out with Fort Dodge Wrestling now & again, but nothing regular. Bobby Thompson is a great guy & pulls the entire community in around his teams.

Any advice to upcoming wrestlers?

Nothing is more important then weight training in the off season & cutting weight the right way if you choose to cut.

Would you ever wrestle in an old timers tournament?

I’ve wrestled a couple old timers in Schaller & Buena vista. I wrestled the Brawl at the Beach in Clear Lake last year. Probably will do the beach brawl again, it was a fun experience.