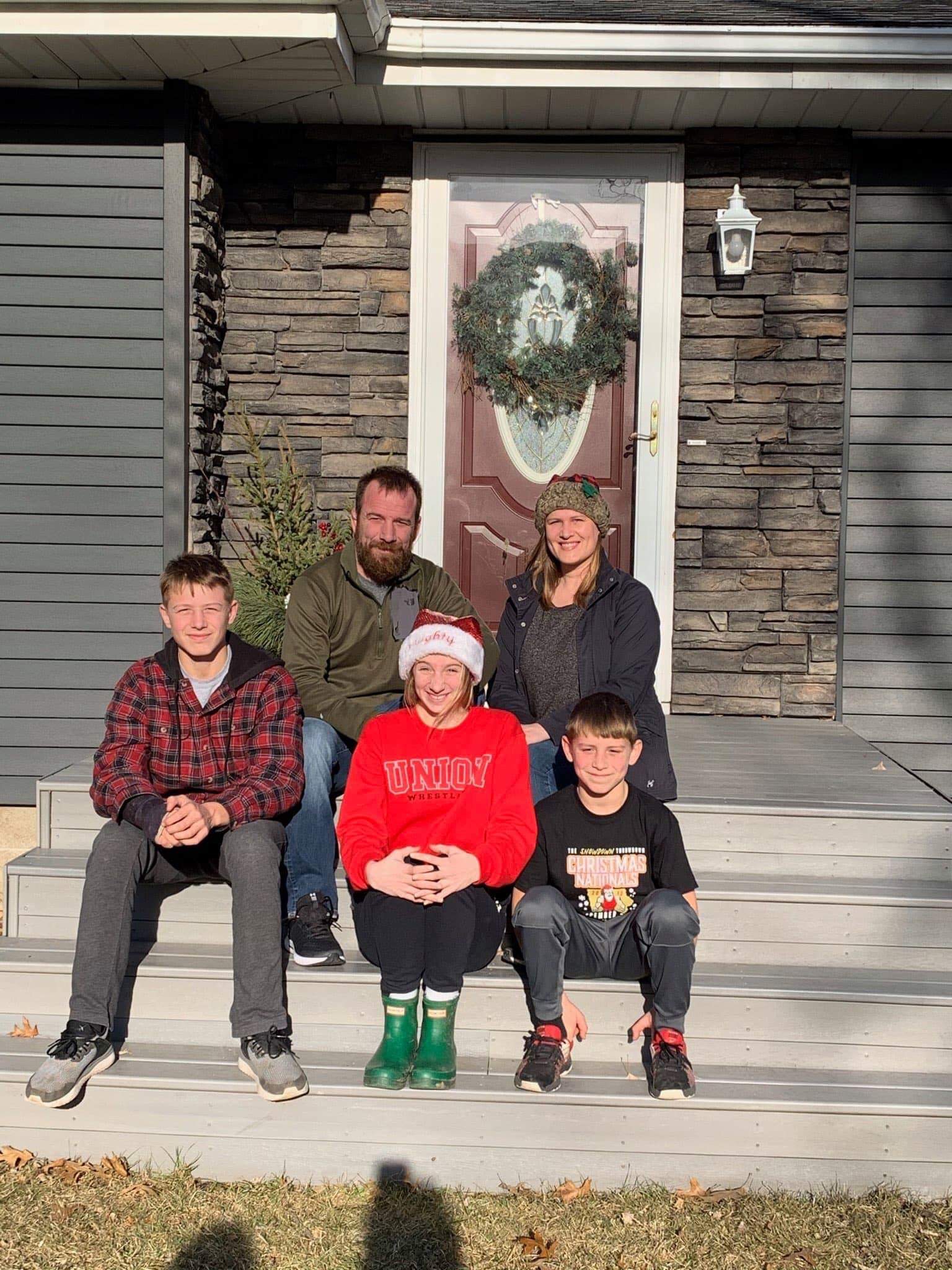 Bart Mehlert and I were in the same age and weight range from my 7th grade year (his 8th) all the way until he graduated. We were in a couple of the same brackets at big tournaments, even in the same quarter twice and somehow we never wrestled each other. I was fine with that. Because wrestling Mehlert wasn’t  something that necessarily appears to be a pleasant experience unless you are some sort of glutton for punishment! Most of the time, it looks painful. The guy is a bruiser. Not even remotely hesitant to summon his inner junkyard dog and “sick” anyone who stepped on the mat with him. I don’t know how to explain his style… It’s unique, aggressive and effective…

By the time Bart was an upperclassman at Wartburg, I remember sitting in the bleachers at a Loras-Wartburg dual and thinking to myself, “holy cow, Bart has gotten so good, I bet he could do well at the D1 level.

What made you decide to try wrestling?

– I’m sure I brought a wrestling form home from school. My older brother and I would wrestle around the house and I had alot of energy so I’m sure my parents were more than happy on practice nights.

Do you have any relatives who wrestle or wrestled?

– My dad wrestled in high school and I found his records and results…we’ll keep those off here…a few uncles did, my brother tried it but it was too tough for him so he went the other route. Both my sons and my nephew wrestle now.

How did you do as a youth wrestler?

– I did pretty good at the 4 man round robin gym tournaments and qualified for AAU state every year, but damn that was a big atmosphere for me and I never did get a medal there.

Did you ever experience any adverse moments that tested you?

-Yes, weight cutting, beating yourself up mentally over a sport, minor/nagging injuries, etc. This all got to be annoying sometimes…its all part of the game though.

You took quite the growth spurt for a year or two there. Did you ever have to deal with hitting a growth spurt during the season?

– My sophomore year I did cut alot of weight and did it all the wrong way (minus Trey beating me up with one leg on a daily basis for extra workouts). Then I starting growing and when I was a senior I didnt cut any weight.

-My style was try to win at all costs, I guess….”a patient brawler maybe.” I know I like being on top and putting my opponents in pain. That was fun!

Who were some influential people in your wrestling career?

– I appreciate all my coaches for they had to put up with me! My parents, youth coaches, the Clark family. In High School they were; Ingvall, King, Hilmer, Crawford, Hogan. College was Jack Denholm, Mike Alesch, Jim Miller, Keller, Mitchell, Malachek and anyone else I’m missing. Looking back, I was surrounded by alot of good people in the wrestling world!

Which wrestler did did you look up to growing up?

-Growing up, Trey Clark. He was a man amongst boys for along time and he did everything right and he got the results to show. He also got kids to go to practices and tournaments.

Who were your favorite collegiate wrestlers past and present?

-I like watching good wrestling whether it be youth, high school, college or senior level. Lincoln Mcllravy was my favorite. To name a few people: my 2 sons most of the time, guys that came through our high school program and are now in college NCAA Finalists, JB, Yanni and many more.

-Junior year at Wartbug in the semis at nationals Garret Kurth beat me by a point after I just beat him at the conference tournament…it hurt me because I thought I let the team down which I did, but we still won it and it still hurt me.

How intense were the battles you guys had in that room with guys like you and Trey and Jase and the Hakeman bros, Wagaman, etc?

-That was a fun room. We had alot of fun and we busted ass together. I still kinda feel sorry for Brady and Jase, but not really! Curt Wagaman was a great day to day training partner and friend! Man there are some stories!

Do you have any regrets in wrestling?

You can’t do that….you can’t buy time and the past is now what we talk about.

What are some of your favorite wrestling memories?

– Memories go on for days and I’ll cherish those. Everytime Jim Clark would take us to Iowa City for practice as kids, that van ride got interesting! Ryan Sturm won Runner-up award for the baddest dude on Wartburg’s 2004 team… his fault. Results- probably winning state, juco and D3 titles are up there.

Who were some of your most notable rivals in HS and college?

-High School- Josh Watts beat me every time we wrestled. Andrew Knaack never beat me. Justin McClintock didnt either, but he swore at me alot while we wrestled.

College- Kevin Bratland and Coach Nick Mitchell in the practice room. Competition- Clint Manny because I wrestled every other week it felt like.

-I wrestled some freestyle, but not until my junior year in high school and Dustin Bliven headlocked me. I spanked him alot later in college though.

-Yes, I wrestled at Ellsworth for 2 yrs and Wartburg for 2 years.

– Union was and we are currently still working on being a tight-knit family, but just in a different era.

Did you play any other sports besides wrestling?

– I played football for 3 years. Hunting/fishing for all 4 years in high school.

What are your hobbies outside of wrestling?

– Wrestling is like life. If you go through practice half-assed, you’ll be disappointed in your paycheck at the end!

– Estimator and company coordinator at a painting company in Waterloo.

Any chance we see you wrestle in an old-timers tournament?

Didn’t you see me spank Logan Thomsen last summer at Brawlin’ on the Bricks? Now I’m retired from competing!

Would you like to give a shoutout to any coaches, teammates, friends, etc.?

I’m thankful for them all. Alot of relationships, memories and stories in which some were good, bad and ugly. I had alot of fun!

Do you have any funny stories or random trivia you would like to add?

2.) What person stole the “kitty” national title trophy at Wartburg for days?

I think I know the answer to the first one…Trey Clark? The person who stole “Kitty,” I will have to guess. I am guessing it was him!  😂

Next post: Should the Iowa HS State Wrestling Tournament Still Play an Organ for Awards?