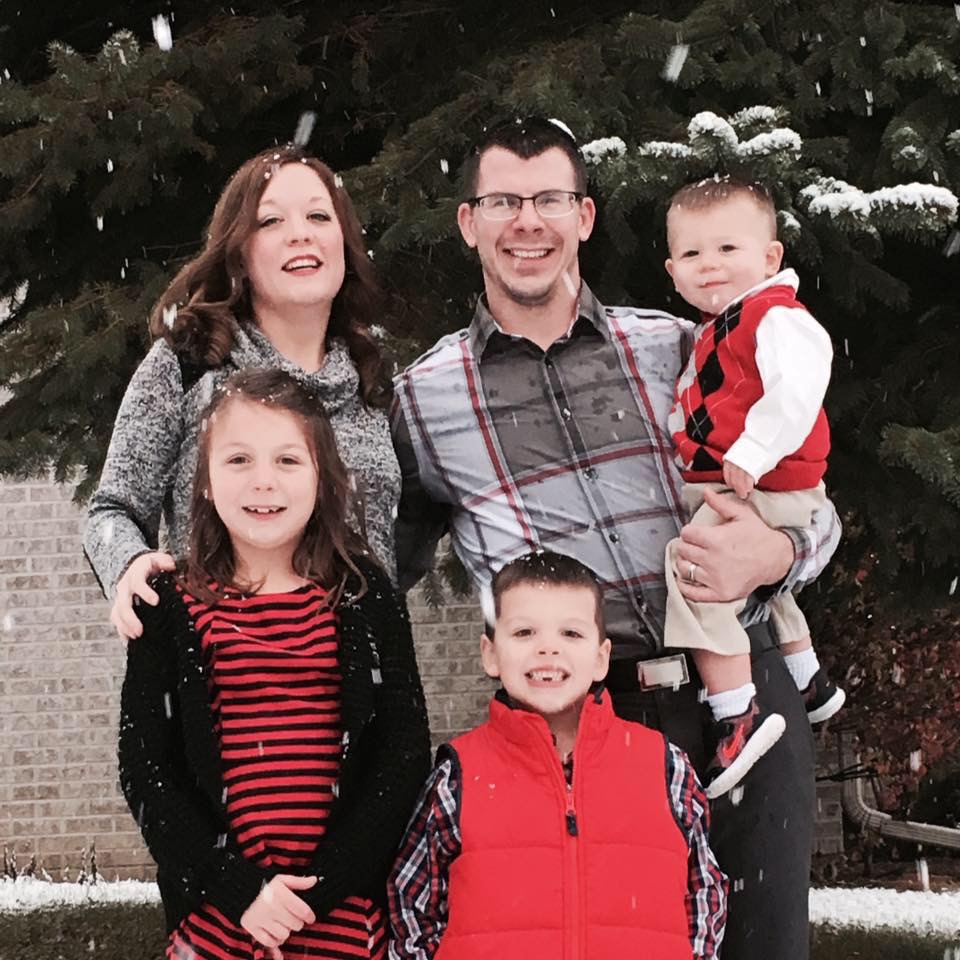 In the 1985 classic BACK TO THE FUTURE Doc Brown encourages his young friend Marty McFly by telling him, “You can accomplish anything if you put your mind to it.”  A quote that I have always held dear to my heart and a quote that describes today’s REMEMBER THE WRESTLER.  From the time he was a little kid and even to this day, whenever William Penn head wrestling Coach Aron Scott made up his mind that he was going to do something, he did it.

If I were to write a screenplay about Aron’s career I’d entitle it DEFEY THE ODDS: The Aron Scott story, because that’s what he’s done since day one.  As a member of the Oskaloosa Wrestling Club as a youth I can remember Aron saying after not placing at the AAU tournament that he was going to place the next season.  Not that he hoped to. Not that he wanted to.  That he was going to place.  When the next season rolled around, sure enough one of the people standing on the award stand was Aron Scott.

In high school it was the same way.  He started off solid his first two years but the junior and senior Aron Scott would’ve made minced meat out of the freshman and sophomore Aron Scott.  He saw where he was at as a wrestler and evaluated what he needed to do to become the wrestler he wanted to be. He had it down to a science.  I can remember talking with him about his training regiment and he was very specific on technique, conditioning, strength and mental preparation.  It paid off as he qualified for the Iowa High School State championships as a junior and placed sixth as a senior.

Even back in those days I could tell that Aron was one day meant to be a coach.  The summer before his senior season he and I had a workout together at an Oskaloosa freestyle practice.  He wanted me to learn the inside trip.  He went over the move with me again and again.  Making sure that I understood each and every single minute detail of the move.  If I did anything wrong. Even the slightest thing, Aron would correct it and make me do it again.   Not only did he show me how to do the move correctly, but he made sure I understood why it was important to do what he showed me.  The following week I had to wrestle a kid that had placed fifth at State and would place third the next season.  He had beaten me 10-0 the previous two times I had wrestled him.  This time he beat me 10-5.  The five points I scored during the match?   You guessed it, the inside trip Aron Scott had taught me.

When it came time to pick a college, Aron shocked a lot of people by choosing Iowa State.  To many he didn’t seem “Division I material.”   They thought he’d have been better off going NAIA or NCAA Division III.  Aron paid no attention to his critics or his doubters.  He made up his mind that he was going to be DI wrestler.  With few other than himself believing in his capabilities against competition that had won high school state titles, Fargo titles and high school All American awards, Aron was able to rack up 35 varsity wins for the Cyclones.  Among them were names like Jeff James of Oklahoma, Josh Wagner of Missouri and even two time NCAA Division I All American Brandon Sinnott of Central Michigan.

The pivotal moment of Scott’s career came during his senior season when he captured third place at the BIG 12 tournament and qualified for the NCAA’s.  Wrestling in one of the toughest conference tournaments in the nation, for one of the top collegiate wrestling schools of all time, Aron Scott defied the odds and became exactly what he knew he was capable of becoming, even if nobody else did.  Aron Scott a kid whose best finish in high school was sixth at state, is an NCAA Division I qualifier.  An accomplishment that on one can take away from him.  That no one can deny him.

After college Aron got into coaching and took over the William Penn Wrestling program during the 2017-2018 season. In that initial year he placed two wrestlers in the Heart of America Conference.  In 2019, he improved that number to seven place-winners.  There’s no doubt in my mind that as the years go by under the tutelage of Aron Scott the Statesmen are going to have all sorts of accomplishments and awards.

How did you get involved in wrestling? What made you want to become a wrestler?

I got involved in wrestling because of my brothers. We all kind of started wrestling at the same time. Wrestling was in our blood as our uncles on both sides of the family wrestled. So it was only a matter of time before we would get started.

I wanted to wrestle because I loved the sport. I loved that I had control of my results and I just loved getting better at something. I enjoyed being pushed and challenged and wrestling was that for me.

Your older brother Justin took third in the state his senior year.  What did that mean to you & how did that influence your career?

This was very important to me in my journey. I saw the hard work that my brother was putting in and how it paid off for him. Also, if Justin had not chosen to go to Iowa State, I’m not sure I would have ended up there myself.

Throughout your entire wrestling career as both a competitor and a coach you’ve always sought out the best to teach you.  How important is it to continuously learn in this sport?

You’ve never been one to allow critics or doubters to faze you in any way.  Is that something natural you have within you?  Attribute it to good coaching?  Parenting?

I think that is a combination of all of those. I would say that it started with parenting which was instilled at an early age but then cultivated through life, wrestling career, school, teammates and coaches. I think I was also able to build it through my faith in God which gave me strength to keep pushing and driving knowing he believed in me and would be there for me when I needed him.

Getting someone to believe in themselves and what they’re capable of is an art difficult to master.  You’ve had success in doing so.  Talk about how you go about motivating your wrestlers and getting their best out of them.

I think it first starts with a building a relationship with each wrestler. Everyone is different and everyone has different road blocks. Once you get to know someone, you can start to understand their mind and what is holding them back. You also find out what is important to them and they realize that you do care about them and that it is not about me as a coach winning but as them as a wrestler becoming the best they are capable of becoming. There are also some principles that simplify things to enable wrestlers to compete at their best and free.

Throughout high school and college you did a tremendous amount of freestyle and Greco-Roman.  How important do you feel it is for wrestlers to explore these other styles?

I think it is very important. I believe there is a lot of crossover of benefits of freestyle and Greco to folkstyle. I love how Greco forces you to become better at handfighting and use positioning to score. Handfighting is a huge part of folkstyle and freestyle. I think one thing freestyle forces you to learn is how to execute a shot with good positioning and finish clean. It also teaches you how to prevent and defend getting turned. I am a firm believer in both styles.

At William Penn you surround yourself with an outstanding staff of assistant coaches.  Talk about them a bit and how they contribute to William Penn’s success

Yes, I have been very fortunate to have a great group of coaches with me at William Penn. These men are vital to the success of the program. I couldn’t do it without them. They are also personally invested in the program. They care about all of our athletes and we are all on the same page with helping them become their best. I have confidence in their abilities to coach, run practices, recruit, pretty much everything that a coach is required to do.

Anything else you would like to add and because I have to know…..Do you still own that infamous Zebra singlet you had as a kid?

I am just grateful for the opportunities that God and wrestling has offered me. Sometimes it’s hard to believe that I get paid to do something that I love so much. I am grateful for my wife and family who are a part of the William Penn wrestling family and who I couldn’t do it without their support either. Haha, no I do not have the zebra singlet anymore. It is a shame though, that singlet saw a lot of action.