My dad began getting subscriptions to A.W.N. (Amateur Wrestling News) when I was in eighth grade. Back in those days the internet was still in its infancy, so if you wanted to keep up on your collegiate wrestling, A.W.N. & W.I.N (Wrestling International Newsmagazine) was the way to go.

A.W.N. featured an article from time to time that I loved. I cannot remember what they entitled it but it focused on the best wrestlers who had wrestled for a particular school. They’d go weight by weight and pick out a “dream team” if you will of their very best at each weight class. My only criticism of this phenomenal idea was that it only featured teams that still existed.

We’ve lost so many great teams over the years. These teams and their wrestlers deserve to be remembered, recognized and celebrated. So that’s what I plan to do with this series. This is all about wrestling teams we no longer have and who their best wrestlers were.

Keep a few things in mind as you read these articles. First and foremost not all teams were phenomenal, with loads of talent. Some teams only lasted a couple of years. Like literally I have a team that will be included that started in the 1968-1969 season and their last season was 1969-1970.

Most importantly there’s not always a ton of information and not all of the information one is able to find in research is 100% accurate. In many ways think of this series as UNSOLVED MYSTERIES. I’m the equivalent of Robert Stack although I’m not near as handsome and I don’t have the iconic raspy and hoarse voice that used to terrify me as a kid.

These are my opinions and of course while I do my best to be fair and objective, they are still subjective. If you feel there was someone I skipped over or left out, please share your thoughts in the comments section below. I’m a wrestling historian second and a wrestling enthusiast first.

So now it’s time to look at the Syracuse Orangemen. Why did I choose to start with Syracuse? Well for two reasons. In my opinion of all of the many teams we’ve lost over the years, if I had to name the very best, it’d be Syracuse. Looking at the team from a credentials and accomplishments perspective it’s hard to argue. Eight EIWA team conference championships. They finished in the top 10 in the NCAA Division I tournament six times.

Another reason is personal. Long before I ever realized I was nothing more than a creative writing/theatre nerd that really had little to no business being on a mat, I had dreams of wrestling in college. How in the Hell a 13 year old living in Iowa gets it in his head that he wants to be an Orangeman, I don’t know. Being a professional wrestling fan, I learned one day watching an episode of WWE that a wrestler I.R.S. whose real name was Mike Rotunda, had wrestled for Syracuse and won an EIWA title back in 1981. Then I was also fascinated by their current HWT Jason Gleasman who while still in college made the Greco-Roman team for the United States.

I was a freshman in high school when Syracuse announced that their wrestling team would be discontinued. It bothered me then, it bothers me now. I don’t have the money or the power to bring wrestling back to Syracuse. What I can do though is honor them by recognizing their best. 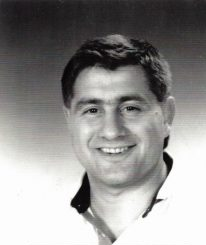 There’s no argument here. When it comes to the best of the super-light weights at Syracuse, Mean Gene “The Pinning Machine” Mills takes the top notch. Wrestling with the strength of Brock Lesnar, Mills was able to rack up four EIWA conference titles. Finishing third in the NCAA’s as a freshman and fourth as a sophomore, Mills won titles as a junior and senior. He had a 144 collegiate victories and 107 of them were by pin. 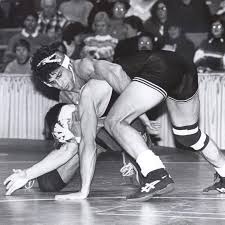 During his time at Syracuse, Rich Santana had highlights all throughout his career including placing eighth at the NCAA’s as a sophomore and fifth as a junior. Along with also being a two time EIWA conference champion, Santana also placed sixth at the prestigious Midlands championships. Today Santana runs a wrestling academy in Sacramento, California to help youngsters to learn the fundamentals of wrestling and fall in love with the sport.

I didn’t have a 126 lbs wrestler listed because I felt that in regards to the 130’s, I had to include both Rich Santana and Lester Austin. Wrestling at 137 lbs Austin won an EIWA conference title and took runner-up honors at the NCAA championships in 1960. Post his time as an Orangeman, Austin served our country during the Vietnam conflict. He then became an anesthesiologist and had many successful years in the field of medicine. We sadly lost Austin in 2012. 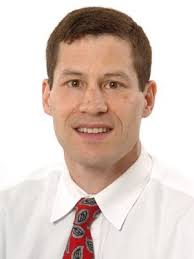 Accumulating a career record of 104-25 Darren Schulman captured a EIWA title and an eighth place finish at the NCAA championships as a junior in 1990. As a senior he won a Midlands title and again secure All American honors, this time with a fifth place finish. Post college Schulman has coached at both the high school and collegiate level.

One of our World War II veterans who made the most of his G.I. bill, Ken Hunte is one of two I list in the 150 lbs range. Wrestling at 155 lbs, Hunte captured two EIWA titles in 1949 & 1950. In the same years he was also an NCAA runner-up, losing in both finals to the legendary Bill Nelson. Post college, Hunte enjoyed a successful career teaching P.E. and coaching wrestling. We sadly lost Hunte in 1985.

When you put pinning and Syracuse wrestling in the same sentence the first name that will always come to mind is Gene Mills. Another name that should also come to mind is the late Ed Rooney that we lost back in 1997. Rooney whose record of pinning an opponent in 31 seconds at the NCAA championships stood for a number of years, won numerous awards for fastest falls in the least amount of time throughout his career. The two time All American who finished in second in 1954 & fourth in 1955 was also a two time EIWA champion. Post college Rooney served our country as a carrier pilot and then taught school, coached and life guarded up until his death. 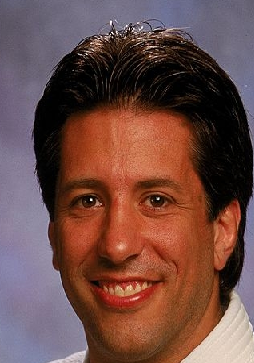 When the rest of the world thinks of Jason Morris they think Judo. It’s only natural that they would. After all Morris is the owner of Real Judo Magazine and he’s been on multiple Olympic and World Judo Teams. He captured a silver medal at the 1992 Olympic Games and a bronze medal at the 1993 World Championships. Yet before he became a master in Judo, he was a wrestler.

Wrestling for the Orangemen at 167 lbs he made the EIWA finals twice winning a title in 1986 as a junior. Although he would have to settle for runner-up honors the next season as a senior, he was able to capture a fifth place finish at the NCAA championships. 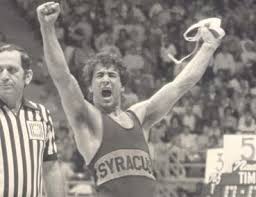 Define irony if you will. Before Wayne Catan came to Syracuse, he wrestled for the University of Tennessee, another team that we have lost over the years. While at Tennessee Catan captured seventh place at the NCAA championships. While wrestling for the Orangemen, Catan won two EIWA conference titles in 1985 and 1986. In the same years he would make the NCAA finals, taking runner-up honors both times.

Post an outstanding collegiate career, Catan’s life has known nothing but success since. He went into public relations and has represented such clients as Nike & NBC. He has also worked as a book reviewer for the N.Y. Times. 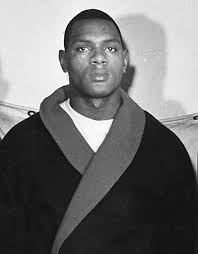 I guess I’m not all that great at narrowing it down to one as in the 190’s category I had to once again include two Syracuse legends. One of which is Art Baker, an athlete more known for his time on the gridiron than for this time on the mat. The former Buffalo Bill who also played in the Canadian Football league is the only athlete in the history of NCAA Division I athletics to win both a championship in football and a championships in wrestling in the same season. His 1959 NCAA title marked only the second time in history where an African American had won a title in wrestling. 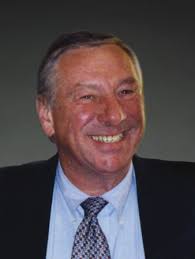 Along with Art Baker it’s only right that I also include Tom Schlendorf. The Orangeman accumulated a record of 84-8-1 in route to capturing both the EIWA and NCAA title in 1967. Along with also being named captain of team East during the East Vs West All Star dual. Post college Tom worked in marketing and coached wrestling up until his death in 1997. 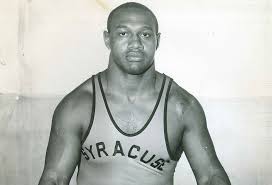 Yet another multiple sport athlete “Big” Jim Nance takes the honors at HWT. Already a big boy while in high school it is said that Pennsylvania added the HWT class strictly for Nance who was too large to compete at the highest weight of 185 lbs.

While at Syracuse Nance won three EIWA titles and captured NCAA titles in 1963 and 1965 during his sophomore and senior seasons. Post college he played professional football in both the American Football league and the World Football league. We unfortunately lost Nance to a heart attack in 1992.

And there you have it, my “All Star” team of the Syracuse Orangemen if you will. I’m sure I left out plenty of greats that could’ve/should’ve been mentioned.

Next post: 1992 AAU State Qualifiers by Weight, Division and District