The Ryan “Full of Adrenaline” Fuller (Lisbon) Reel and Write-up 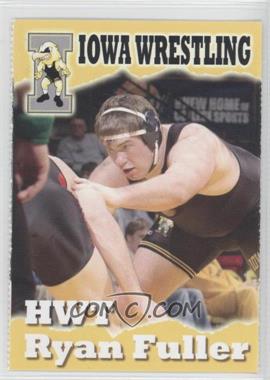 Ryan Fuller from Lisbon won 2 state championships for Lisbon in 2001 and 2002. He went on to wrestle for the Hawkeyes, I believe. After he won his 2nd title, his reaction was to take off in a dead sprint off the mat and almost ran a few people over in the process, one of them I think was state champ, Travis Snover from DM Lincoln… When he did that, I seriously had the song “I Ran” by Flock of Seagulls and thought it’d be awesome if I knew how to put videos together so I could create something like this reel… so essentially, the idea for this video was sparked 18 years ago! Lol. I don’t know what he was doing, but I am guessing he was wanting to be business-like, like a Hawkeye or he wanted to find someone important to him immediately? I don’t know, but it always stuck out to me… he was pretty funny when I met him the one time I did… which was in a captain’s meeting prior to the Lisbon vs. Mepo dual my Senior year. I think he pinned our guy in like 8 seconds. It’s pretty obvious from watching this video that the dude got pretty amped up for his matches. Fuller went on to wrestle at Iowa where for a couple years he was practice partners with National Champion, Steve Mocco… talk about a room full of adrenaline!!!