I hadn’t ever met Mitch prior to asking him about doing one of these. Glenwood is located on the opposite side of the state from where I am from.  Nice guy, though! I just remember watching him and his brothers wrestle at AAU State a few times growing up and being very impressed with how good they were. It’s difficult to think of Glenwood wrestling without thinking of the last name, “Artist,” which also happens to be one of the coolest last names I’ve ever heard. It’s impressive, how successful his family has been in this sport 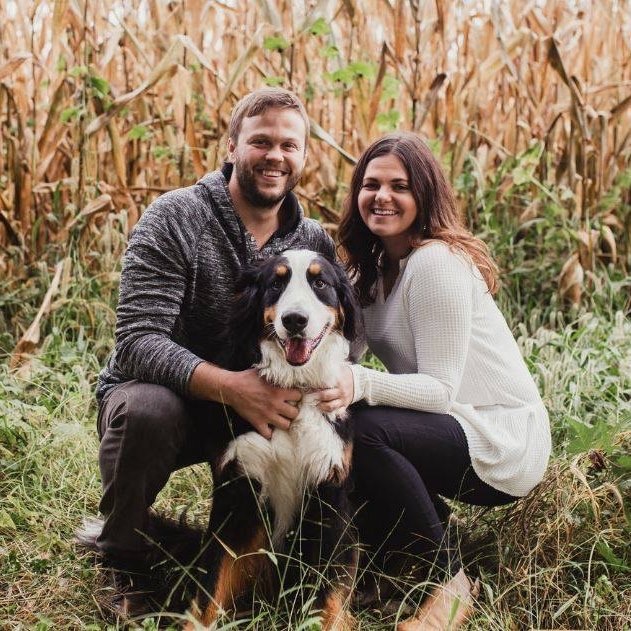 Uncle Craig: All American at University of Nebraska-Omaha

My brother Kirk has 3 little boys all under the age of 5.  I’m sure in a few years they will be beating each other up on the mat.

2x AAU Champ. Lost a heartbreaker to Robbie Kramer in the finals my 8th grade year who had a successful HS/College career at CR-? And Coe College

I beat up on Todd Becker (Don Bosco) in the finals my 4th grade year.  We still BS about it to this day, haha.

Being injury prone in college.  I had 2 knee surgeries and 1 shoulder/bicep surgery during my college wrestling career.  Losing in the state finals twice was tough. Those are the top two that really sucked.

My Dad, Mike. Taught me the basic fundamentals and technique of wrestling and most importantly the mental toughness it takes to succeed in the sport. He spent thousands of hours traveling me all around the state/nation. Made a huge impact on myself and a lot of young athletes that grew up in Glenwood.

I was Lucky to be a part of some great teams in both HS and College:

Wisconsin-La Crosse: two WIAC conference titles and a 3rd and 2nd place finish at the NCAA’s

There were many. I grew up going to all my older brother’s wrestling stuff.  I was that little kid running underneath the bleachers, playing pogs and paper football in the hallways and sitting matside watching wrestling, ever since I could remember.  A lot of the Hawkeye 10/SW Iowa guys from Glenwood, Lewis Central, Creston, Underwood, etc come to mind, but would have to say my two brothers, Ben and Kirk.

J’Den Cox, not only is he a bad dude on the mat, but what he represents off the mat is top notch as well. I was never big on Greco, but I’ve enjoyed watching Kamal Bey and his style, dude gets after it.

I always hated losing. I never took any loss very well, but both JR and SR years in the state finals were a lil tougher to swallow.

Higher focus on nutrition/hydration/sleep and a sports performance/weight training regime.  I think learning how to move properly/functionally and lift with proper technique and mechanics plays a vital role in the longevity and growth in an athlete.

First one that pops into my head was placing at the state tourney my freshman year.  Still remember being all pumped up down in the basement at the Barn after that win. I puked in the bathroom immediately after as well,  haha.

Oh man, there were a lot of studs that were always fun to compete against.  A couple of names that pop into my head are Jimmy Waters from Lewis Central and Curtis Barber from Winterset.  I think I wrestled Barber 12 + times total during HS. I even wrestled once in college!

My 3 worse butt whoopin’s that come to mind are: Henry Wahle-Underwood, Mike Wells- Clarinda my freshman year, and Jimmy Waters put a whoopin on me my JR year.

Haha, oh man, IDK…. Today’s athletes have evolved and have great sports performance programs and youth programs who teach the sport more as a “whole” that their involved in. A more focused off season, nutrition and weight lifting program/design. I think the technical portion of todays wrestlers would may be a bit cleaner, but us old timers were mean and ruthless!

I spent quite a bit of time in the wrestling room in the off season.  I was a 3 sport athlete, but wrestled freestyle during the summers going to Fargo a few times and always hit a couple camps each year.

Yes, I wrestled 3 years at Iowa State and transferred and finished my last 2 at Wisconsin-La Crosse.

Mean…. Haha, I don’t know, I liked to be aggressive on my feet, and a hammer on top.  I was a pinner who liked to get matches over quickly.

O ya, in HS I had some studs like Ryan Collins (3x placer) and Ty Copsey  (2X finalist).  My assistant coach, Matt Dyer was a great practice partner/mentor as well.

Iowa State’s room was full of studs like Jon Reader, Paulsen Twins, Jake Varner, could go on and on with the guys who beat on me there.

Wisconsin La-Crosse had some hammers as well, studs originally from Minn/Wisc who were fun to scrap with.

Are you and your brother competitive or supportive of each other or both when it came to wrestling?

I would say both.  He was a senior when I was in 8th grade so it sucked we never got to wrestle together.  But Kirk, along with my oldest brother Ben would always be at the state tourney and other tourneys to support me.  We still like to BS about certain things regarding our athletic careers. It usually consists of a few too many beers and ends with a wrestling match!

Denver Broncos, Colorado Avalanche.  I’m kind of a fair weather fan and have a bunch of Iowa Hawkeye friends out here in Denver, CO.  So I tend to find myself cheering for the Hawks alot

Love to camp out here in CO.  Fishing, hiking, snowboarding and anything that gets me up in the mountains.  Also a big meat smoker/griller and enjoy spending time with my Bernese Mountain dog- Zharah.

“The hardest day at work is still easier than going to wrestling practice!” I saw this quote awhile back and I couldn’t agree with it more! Wrestling built a foundation of work ethic, commitment, trust, attitude etc for me.  I could go on and on with the lessons it taught me about adversity, humility, integrity but I think the most important thing it taught me was that nothing in life worth getting/achieving is easy and everything has to be earned.

I head the operations for a small start-up called, AWR Services.  We are a commercial cleaning company located in Denver, CO. I’m also the Head wrestling coach at Horizon High School located in Thornton, CO

I enjoy it man.  I think it’s cool looking back and seeing old videos/pics/stories of guys I used to grow up watching, or guys I used to compete against or with. Love the sport and everything it has done for me and a lot of individuals that I know personally.

Have fun and enjoy it, it goes by quick.  Make sure your putting in the time/effort ultimately for YOU but appreciate the family, friends and support system you have around you.

If your going to do it or anything in Life, don’t settle for mediocrity, you might as well be the best!

Hahaha no way! Shoes are hung, retired with 0% chance!

Two other coaches who taught me a lot and had a lot of influence on me during different stages of my life:

Previous post: 1978 2A 126: Revisiting the Legendary Clark Yoder and Others in the Bracket