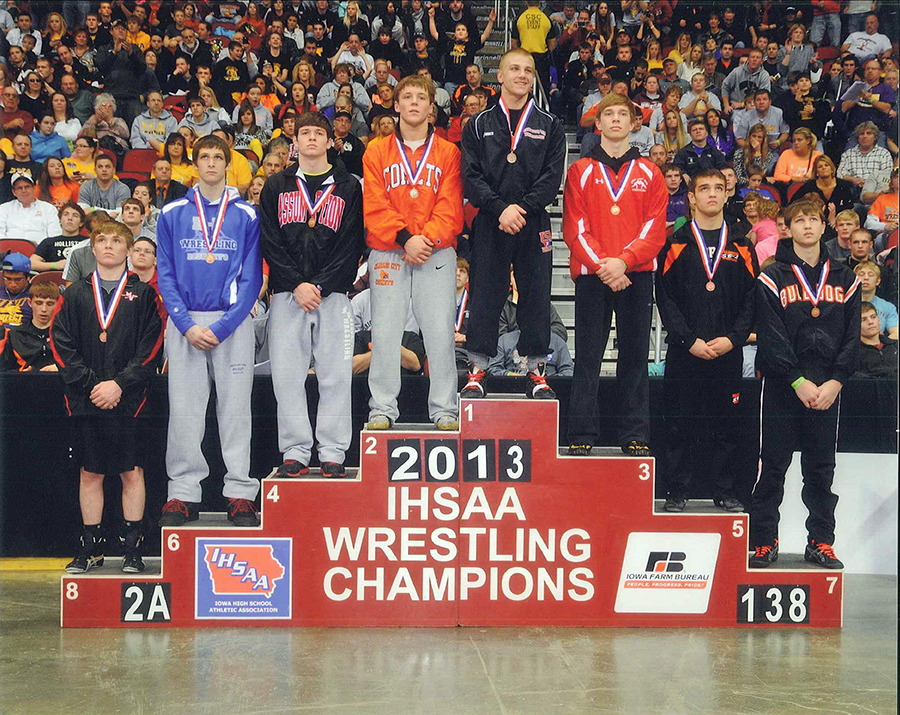 * I got into a huge debate/argument on the forums about a potential Foster-Marlin match. I made it known that I didn’t have our guy (Foster) counted out. I thought he would win. Everyone called me crazy. However, more people called me crazy when I said Farris would give Peters a good match and when it happened, I swear some of the people I argued with were so pissed that they wanted to fight me.  I scouted Marlin for hours that year in case Foster met up with him. Had everything he did down to the slight flick of his wrist before taking shots to the left side. Always filled Foster in on it… not sure if he took it seriously or not, but holy cow I studied the hell outta that kid. Holy cow was Marlin a scrapper! They were supposed to meet in the quarters and Foster got upset. And boy did THAT kid’s dad ever rub it in afterwards. And the people I argued with loved seeing me “wrong.” Well…interesting how time sorts things… I wasn’t THAT wrong, was I?! 😂

* Foster beat the kid who beat him in the backside and my dad was in his corner. Foster pinned him immediately the 2nd match. He said that he came over to grab the sheet off the table and kind of shook his head and said, “I can’t believe that kid beat me.” My dad laughs about that to this day.  Foster was cutting too much weight that year and was hitting a spurt.

* Another Foster note… the guys who won his brackets from the time he was a Freshman to Senior were: Sorensen, McCrystal, Marlin, Holschlag… that’s 12 combined titles. A lot of the guys who go on to be known as the best who never won state always seem to have that in common…the champs have a lot of combined championships.  It didn’t surprise Mepo at all that Drew won nationals. The kid had it in him always, it just wasn’t in the cards. Last year I made the comment that the 2 guys I saw catch on and make adjustments the quickest as kids were Foster an Nelson Brands. (Brands turned an 18-3 loss into an OT match the next day against the same kid in his first state tourney). Foster won 3 SPW titles like it was nothing and the won it in 6th, 7th and 8th…. he was good enough to win 2-4 titles in HS. It just didn’t fall into place for him until NCAA’s…not a bad thing!

* Skopec… God it’s weird not seeing them around anymore. They were around forever. In fact, they used to be in our kids club before they moved from the SEI to NW.

* Eric Clarke was so freaking good. Had the best 2 on 1 tilt. He had a lot of Mepo guys’ numbers. Drew Buster especially. The combo of Clarke-Springer-Carton-Parks-Collins-Fenske-Mommsen always had battles with our guys…Buster-Buster-C. Erickson-Foster-S. Swafford, B. Swafford, McNeil, Foster, etc. Assumption was a huge thorn in our side… actually… a big legride in our side.

Previous post: One of the Original Disney Dual Teams Reflect on the Experience