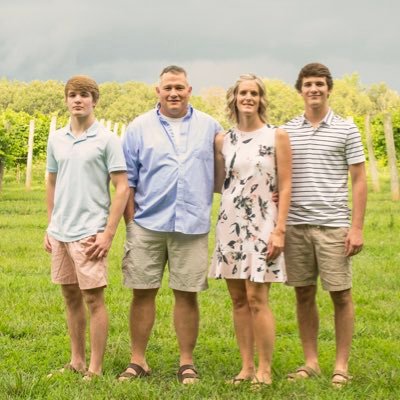 Colby and Cullan both wrestle. I believe they both have done very well throughout their careers so far.

I would say that I’ve been been around the sport my entire life. My uncles, brothers, and many cousins all wrestled. My husband was also a wrestler and the boys were brainwashed at a very young age. He used to always tell them “You can shoot hoops but you can never join a team.”

Tournament wins always make me proud no matter which one it is. However, the proudest moments for me are when they show their support for one another. Any time you see one of them on the mat the other is always there.

On the outside you won’t see the crazy wrestling mom (I may have slipped a few times) but inside I’m dying!

For Colby I would say the state semis last year. He kept it together after Cullan got injured. I can’t imagine how hard that was for him. For Cullan I would say his Super 32 win and his Junior Fargo title. He was down 7-0 and came back for the win to get that Junior Freestyle title!! Talk about crazy wrestling mom!

How are your boys similar and different? Do you have one who’s more laid back than the other? One that’s more wild? Etc.?

I could write a book on this one! Their similarities are that they have the same love of sports, competitiveness, same friends, etc. Now for the differences…

Cullan is very organized and meticulous. He’s very much a perfectionist! Most people have probably noticed that he’s kind of quiet (unless you know him well).  I’ve always told people that he’s an “old soul” even at a very young age.

Have you ever met Colby? He is my wild one! He is the social butterfly of our family! He loves to be with friends and have fun. If you ever need to find Colby just follow the mess! Believe it or not, they balance each other out very well!

Do your boys ever fight?

They don’t really fight. They may argue with each other, but nothing terrible. The more intense moments come in the wrestling room I’ve been told.

With the mother generally assuming the role of nurturer in most families, how worried did you feel whenever your boys encountered situations where they got hurt?

It is the worst feeling ever. I know that injuries are a part of the sport. It just breaks my heart to see them hurting.

No way! I’m not a cheerleader kind of girl!

Would you have wrestled if given the chance in HS? Do you feel like you could wrestle now if you had to from watching the sport over the years?

Absolutely not! As of right now…I have arthritis!

For starters it is TJ Sebolt! He absolutely is our #1. I can’t thank him enough for everything he has done for my family! He’s like a 2nd Dad to my boys! Secondly, all of the families that have traveled with us through the years. (You know who you are!) Lastly, I can’t leave out the Mason City coaches. The boys wouldn’t trade them for anyone! This could go on forever so I will leave it right there!

They’ve been trained at the same place their entire life, but each have their own style!

I played Volleyball, softball and was on the track team. Even though I hate running!

This sport is my life!

Moms play a crucial role in this sport! If it wasn’t for the moms, would any of them get up for morning practice?

Just enjoy every moment you can!

Next post: State Wrestling Matches that Stick Out to Me From Every Year of the 2010’s