New London has been one of the most consistently good programs in SEI. They’ve produced several state champs, placers, qualifiers, etc. And their head coach for the past few decades? Mark Chiri. The last name, “Chiri” is basically synonymous with New London wrestling at this point and three of his sons have come through the program and done well there. The first one to do so was Nic Chiri, who graduated in 2004. Chiri was straight-up dominant and held the SEI career pond record for a long time. He is a nice guy and interesting person to talk to, like his father and after reading this, it’ll shed light on why he was able to do things at the level and as promptly as he was able to. The guy went out and took care of business and it was fun for everyone to watch. 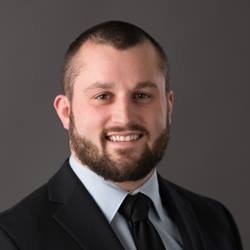 My old man. He wrestled growing up in Granger (Iowa) and passed it down. He never pushed anything on me. I played basketball and wrestled up until junior high. I switched to focus solely on wrestling in the winter once JH hit.

My dad and one of his brothers. My brothers – Jeret and Reno. Jeret was an Iowa State champ as a senior and placed 4th, 3rd as soph and junior respectively, Reno qualified 2x…I think? My cousin, Scott Chiri wrestled for Woodward Granger and placed 6th at the state tournament as a senior at 112#.

I didn’t get real competitive until I was in 6th grade. Nerves always have got the best of me and I really couldn’t figure out a way to harness them. I just started wrestling more and that kind of eased it. 6th grade I placed 5th, 7th grade I placed ??, 8th grade I was a runner up to Charlie Ettelson from Hudson.

I had quite a few fun rivals throughout my AAU days. Jacob Craig, Jake Ritchey, Ettelson, Mike Russell, Aaron Wernimont,

As I stated before it was always nerves, finding ways to harness them at all times. Once football season was over (in HS) it began, day in and day out.

I cut quite a bit of weight when I was younger. I know it is a bit different nowadays but I believe it helped me as a wrestler to focus. To harness the nerves and really understand what reasons I was working so hard for.

I was an average athlete with above average work ethic. I would work out at very odd times (a part from the regular practice). I would go in very late and shadow wrestle for hours, or run for an hour in the wrestling room at 5 am or do a circuit I made up. Anything to get “ahead” of the other person (whoever that may be).

This was my way of saying “I have done all I can do, I am prepared…all I have to do is execute”. That way I wouldn’t have thoughts of “I should have worked harder, one more shot at practice, five more stand-ups”. Thinking in a binary fashion has helped mold everything for me in life today. And it started with wrestling mentality and the law of attraction.

Pin em’ as fast as I can. I was physical and straight forward.

Like I said, I was an average athlete with a few good moves that I mastered. I was going to inflict my 2-3 moves I had (some say one..cradle, haha) but that was my game plan.

“Here are my cards, I am letting you know what I got”. It was up to my opponent to decide if they could counter. And 21 times they did.

It may seem that is goes without saying but I had quite a few influential coaches in my life. Coach Brian Swafford was always there for me from the time I can remember. And although very late in my wrestling career Coach Siegel was a great asset as well.

My father was by far my most influential coach. He knew my mentality and knew exactly how to coach my personality. He knew what I needed and knew how to relay the message.

Senior year – Daniel Scarberry from Creston. I lost in the state semis by like 1 or 2 points in a sloppy barnburner of a match. I felt like I was in the twilight zone. It was devastating and crushing. My entire athletic life revolved around those 6 minutes. It was soul crushing and defined me.

It sounds silly but wrestlers of any level will understand. This loss messed with me for years. It still is something I think about daily.

We joined with Winfield Mount Union my senior year and we were very competitive. I think we were 20-1 in duals. It was very exciting to wrestle with such a great group of wrestlers.

I idolized Joe Williams. Although my style actually couldn’t be more opposite. I looked up to him because of his poise, quickness and precision. And he was so dominating it was a thrill to watch him.

As far as high school wrestlers went I had strong fascination with many from SEI conference. I actually learned a lot from there styles and adapted that to mine. A few of them were…

Joe Honts had speed and was tenacious on top, Nick Cole was a Cinderella story and a great high school style. When I would go to the state tournament is where I would be in heaven as a kid. Tim Cory always peaked my interest, he was a wild man that was ungodly gifted. Although again…my style couldn’t be more opposite I enjoyed watching him.

Any Hawkeye of course and all aspiring wrestlers. Pat Downey is a trip to follow at the moment and exciting in the social media aspect.

I wouldn’t change anything. I don’t do that, it is what it is

My biggest accomplishment would be that I made my father proud, my family proud and that I paved the way for my brothers in wrestling and in life.

I wrestled freestyle practices in Iowa City to keep my mind sharp in the summers. But I was a 4 sport athlete so competitevely…no.

Wrestling has made me the man I am today…in every single aspect of my life. Once someone has wrestled, everything in life is easier. Perseverance, patience and tenacity is probably the 2 characteristics I take most from wrestling forward with me.

Perseverance in life, things can always be worse and never say “poor me”. I look at Sorensen right now and say “life just sucks sometime and it isn’t fair” but he would be the last person to tell you that… a wrestler.

Patience with family. Having 2 little ones of my own now (4 and 5) life is all about urgency and craziness. Being patient and understanding is something I have had to revisit with myself. Thanks to wrestling I can go back to that place in my head.

Tenacity throughout life. Nothing is ever going to be handed to you. And everyone seems to think they have it figured out. I will be the first person to tell you that..I don’t. But I am going to be better at whatever I do than you…and if I am not yet…I will be.

How cool has it been watching your dad accomplish the coaching accolades that he has?

It has been a privilege to have been brought up wrestling with my old man. I never really thought about it at the time because his mentality is just like any other wrestler. He can rest when the job is done, which for a wrestler it truly never is.

He has done it in a way most coaches don’t. He has been quiet and humble, he doesn’t ask for anything and gives everything. He will never tell you this because he simply doesn’t care. He want’s his athletes to be the best version of themselves.

I know he has touched many athletes lives in ways that most coaches only dream of. I am lucky to have him as a father.

How cool was it having your dad as your wrestling coach in HS?

I loved it, I know I heard a lot of BS about wrestling because “he was my dad,” but I didn’t care about that. I would of proved my worth to anyone.

How would you describe the style of New London Wrestling? Does any other program have a better cradle?

Haha – Underrated and dominant. I loved that people said “all they have is a cradle”. Because they knew it and still couldn’t stop it. And no, I think what my dad and a few select alumni from the program have developed for cradles can’t be beat in the area, all the way from set up to execution.

I am the Director of Operations and Maintenance at Ft. Madison Community High School.

Not as much as I was when I was younger. I have a 4 and 5 year old, so I am sure I will be getting back into very soon.

Put in the work, the work that no one sees. If you do that, all you have to do is execute. Wrestling is simple.

You, Josh Swafford, for doing all the work you are doing to keep SEI wrestling alive. I love it.  It was fun reliving some of the questions here. Thanks for all of the hard work you put in for this. It is truly appreciated.

I don’t know if I ever wrestled an OT match in my high school career?

I lost one dual match in my career to Mepo native Aaron Drain 9-5, I believe

I ran my first Marathon this past year in Colorado Springs. My next venture is Ultra Marathons.