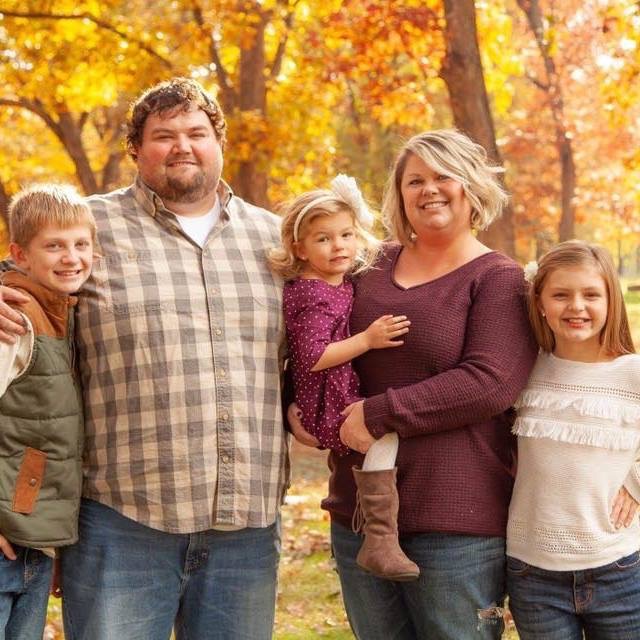 For those of you who do not know, one of, if not THE biggest and most prestigious wrestling tournament for high school aged wrestlers I undoubtedly the Fargo National Freestyle Tournament (and Greco). Kyle rocked the house here. There was a year where he placed 2nd, which is obviously really good. He knocked off several elite, nationally ranked competitors on his way to reaching the finals. None of these guys could stop his high guts, low guts, stuff that Tom Mashek, the head coach at Louisa Muscatine and head of the Monster Mash Wrestling club that held Freestyle and Greco-Roman practices throughout the offseason. He had all of Iowa’s fans screaming, jumping and chanting his nickname, “BEEF!” It was a lot of fun to watch. He was a fan favorite there, he was a fan favorite at Louisa Muscatine and I am assuming that he was a fan favorite when he moved to Underwood, for the guy is very nice, down to Earth and a person who was at an elite level, yet respected EVERYBODY’s wrestling knowledge, takes and insight, regardless if they were a 4 time state champ or a guy on JV. He was a Fargo runner-up who was and is an active learner… he allows himself to pick something up from everybody. And from the moment I met him in Junior High, he has had a wrestling memory like a steel trap. Another great person who loves wrestling.

My dad made me go out for wrestling in 7th grade as a punishment.

My dad wrestled for Keokuk high school up until his Senior year.  From the old article clippings he has he must have been pretty good.  His name is also Kyle Wellington.

7th grade I went undefeated in JH duals.  Our coach Chad Hahn put me up against the other teams least experienced wrestlers.  I probably went about .500 in kids tourneys around the area my first year.  I remember Justin Leffler and a Flanning kid from Mepo mopping the floor with me in 7th grade though neither pinned me.  8th grade I got better.  I won about 75% of my matches and qualified for state.  I went 0-2 bbq.  I did have a bit of a rivalry with Sam Keasler for City High (who won state in my 8th grade bracket) and Chad Little form Keokuk who took 2nd.  I went 2-1 against Little that year and Keasler beat me 3 or 4 times.  I wrestled Sam in 9th grade a time or 2 as well.  I don’t think I ever beat him.

DNP, 5th, 6th, 6th. I’m pretty sure I was ranked #1 at some point in the season both my junior and senior year.  I was a bit of a choke artist at state.

Cracking a tough line up at L-M.  I had to wrestle guys like Jason Thompson, Mike Carter, Jeremy Drake, and Chris Jacobi every day.  I ended up making a plan with Coach Mashek after 9th grade season.  Our plan was to lift, eat, and bulk up to hwt.  We didn’t have 215/220 until my senior year.  Sophomore year I wrestled HWT and weighed about 220 full feed.

I was a Freestyler. I hit a lot of fun stuff.  Arm spins, headlocks, and had a good boot scoot.

State Semi’s senior year was a rough one.  I lost to Ryan Fuller of Lisbon who went on to be a 2X state champ and wrestled for Iowa.  I completely shut down and didn’t do anything.  It’s hard to explain.  To say I was disappointed is saying it lightly.

Yes, L-M was conference champs in a tough conference both Sophomore and Junior year.  We placed around 10th in 99 and 5th in 2000.  My senior year, Underwood took 2nd at state.  In college were pretty tough.  We were a top 5 Juco team both years.  Just to list a few of the guys I wrestled with at Ellsworth:  Mario Galanakis, Bart Mehlert, Dustin Bliven, Jason Reicks, Adam Benton, Heath Johnson, Joe Ortner, Mike Foster, plus a bunch of talent from out of state guys.

I butted heads with the coach my RS Junior year at Central Missouri.  I ended up hanging up my shoes before the season was over.  If I could go back I would suck it up and would have finished my career.

What was your best wrestling memory or accomplishment? How hard did you work?

I had a good Sophomore year.  That’s the year I came out of nowhere.  Freshman year I was JV and sophomore year placed 5th at state in a loaded hwt bracket.  Also took 2nd as Fargo in Cadet Freestyle.  I beat some studs that tourney.  One kid from NJ went on to win senior nationals and wrestle Division 1.  The kid I beat in the semi’s played D1 football.  The kid who beat me in the finals in OT went on to wrestle D1.

I wrestled Cain Valasquez (former UFC hwt Champ in both HS and college).  I never beat him.  I wrestled him close a lot.  I thought I had him at the Wartburg tourney.  I took him down with 8 sec left in the 3rd to take a 1 point lead.  All I had to do is ride him for 8 sec.  He escaped and took me down in OT.  I also wrestled Wade McCleod in both HS and College.  I never beat him either.  I had a bit of a rivalry with a guy from Missouri Valley named Ryan McLaughlin.  They called him Ryno.  He and I were ranked #1/#2 most the season.  We met at conference and sectionals.  I beat him both times in close matches.  I remember sectionals was at Underwood and the whole gym was chanting “Ryno” and the underwood crowd was chanting, “Beef!”  I road hime out in double OT for the win.  Everyone over there wanted Underwood to lose becausw they were 2- or 3-time defending champs.

I wrestled mostly year round.  Freestyle and Greco were a big part of my wrestling career.  In fact, I would guess I wrestled more free-style/greco matches in my career than I did folk style.

When you made the finals at Fargo, it was memorable for the entire Iowan fanbase. You went into beast mode and it was a blast.  Who taught you that gut wrench that was working so well for you? How cool was the experience?

Coach Mashek taught me both the high gut and low gut.  Most people do their guts a little different.  I ended up getting some tricks form Zac Dominquez that really made both my guts work well.  Fargo was always so fun.  I got to know so many different guys from going to Fargo.  Looking back at all my Fargo team photos there are dozens of state champs and college AA on those teams.

So you wrestled in both SE Iowa (Louisa-Muscatine) and Southwest Iowa (Underwood)…How would you compare an contrast the two areas with their wrestling cultures?

Not being bias at all, but I think SE Iowa back then was the toughest region in the state of Iowa.  I probably wouldn’t say that now.  I think wrestling tradition and the fanbase was better in Eastern Iowa.  Underwood is a really good wrestling school though.  They have some hammers on the team right now.  That team I was on was pretty stacked.  We had Cody Koenig who went on to when a D3 national title, Danny Davila who was arguably one of the best 103 pounders in the state of Iowa ever IMO, Jesse Simons had state champ potential, Henry Wahle, Kyle Olsen, Cory Koenig who was a phenom kids wrestler won like 5 kids state titles.

Do people still call you, “Beef?”

I live in Washington now, so people around here really don’t.  But pretty much anywhere else they do.

Football, Baseball, Track, Basketball up to 8th grade.  I’d say my best sports are Racquetball and Ping Pong though.

I follow wrestling pretty hard core.  I like to travel.  I’ve been to 3 out of the last 4 Iowa bowl games (Florida twice and the Rose Bowl).  I go to D1 wrestling nationals every year.  I started golfing this summer and I really like it, but I’m pretty terrible.  We do a lot of family and/or friend gatherings.  We like to have a good time.  I spend a lot of time in our pool with the kids.  Right now I’m trying to win a couple fantasy football leagues.

Wrestling is a huge part of my life.  It’s helped develop me into the person I am today.  Being accountable, disciplined, and hard working are all major characteristics in being a wrestler and every day life.

I’m the Water Treatment Superintendent for the City of Washington

Not as involved as I should be.

Keep your head up and keep going forward.  Hard work pays off.  Listen to your coaches, don’t cut much weight and have fun.

Probably not but you never know.

Shout out to the old L-M crew Dustin Bliven, Joe Honts, Jason Thompson, Jason Cadogan, Jeremy Drake, Chris Jacobi, Luke Meeker, Mike Carter, Devin Krenz, Chad Hahn, and Tom Mashek.  If any of you want to get beat in racquetball or ping pong you know where to find me.

I think Iowa finally gets back on top this year and next.  Also wanted to tell you thanks for what you do for the sport.  You do a great job!

Next post: Props to Wrestlers Who Ran at Cross Country State