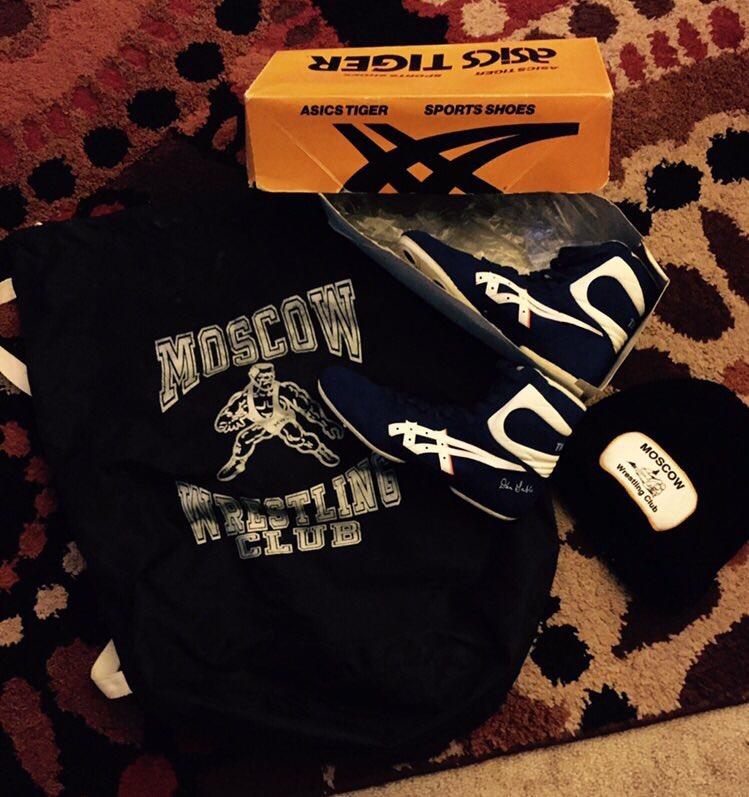 So we are going to start running a series called, “Remember the Wrestling Club.” We will cover all of them, past and present, long-gone and still going.  A lot of blood, sweat and tears spent by wrestlers at wrestling clubs and a lot of dedication and giving back by the coaches who run them. It’s sad to think about wrestling clubs ultimately becoming completely forgotten in time. So I will try to ease that a bit and cover every club that I am aware of. 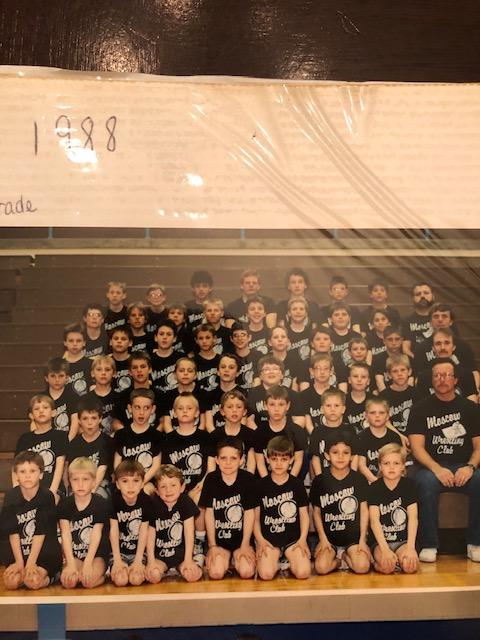 This interview was with Nick Marolf, one of Columbus Jct.’s best wrestlers they ever had going through the dungeon.  Tough as hell.  His dad was the primary coach associated with Moscow, and holy cow did he do a good job. 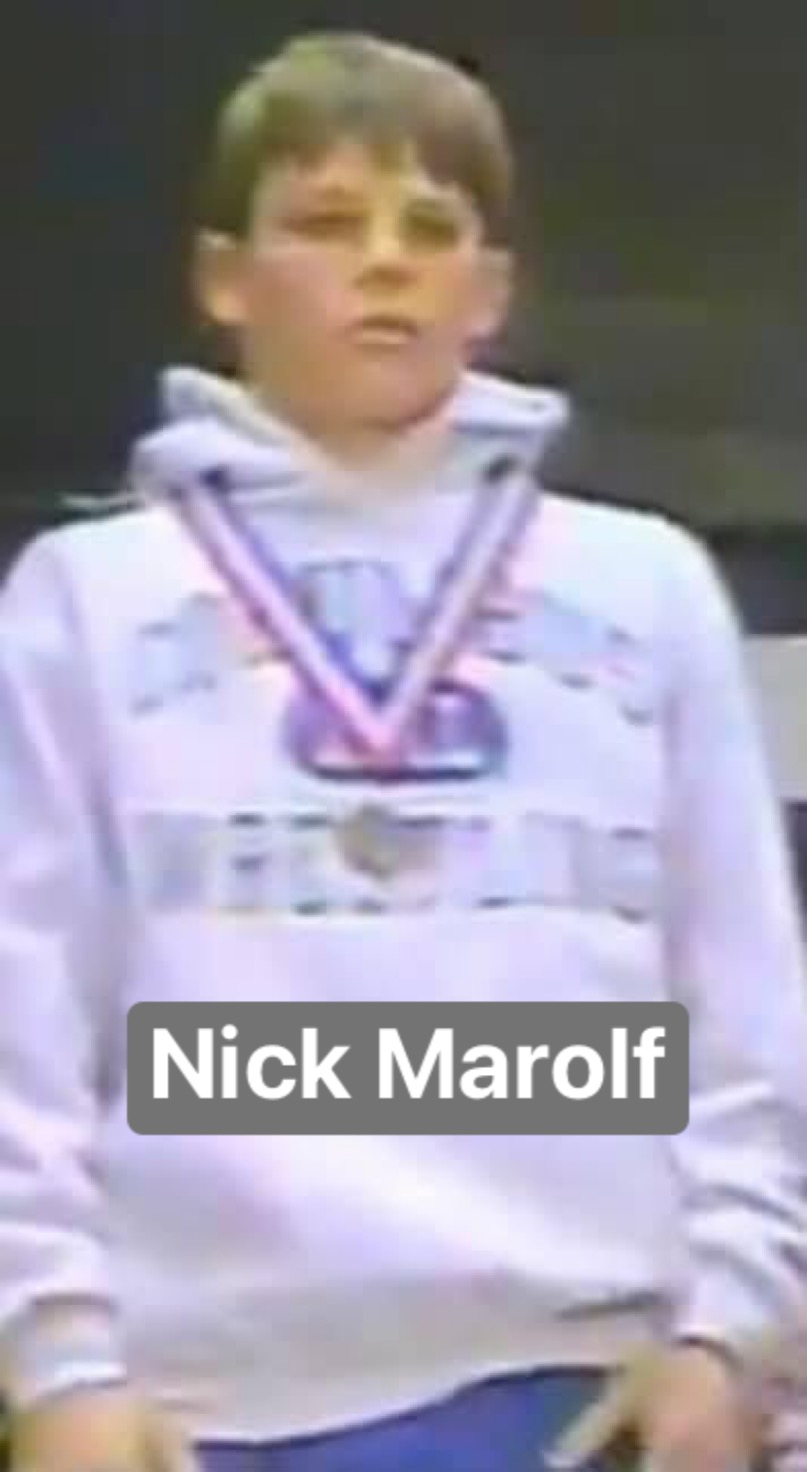 How was the Moscow Wrestling Club formed?
Dad (Randy) wrestled at Wilton and the University in the late 60’s early 70’s.  He started the JR high program in Wilton in the mid 70’s.  He and my uncle attended a Wilton dual in the early 80’s and a parent asked them what they were doing there, they didn’t have any kids competing.  It had fallen on pretty hard times.  He knew in order to build a program he had to build from the bottom.  So in around 1984-85 he started the club in our basement with about 10 local kids. 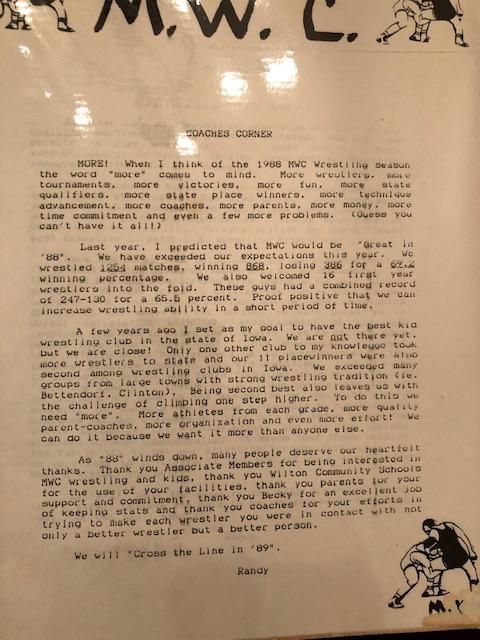 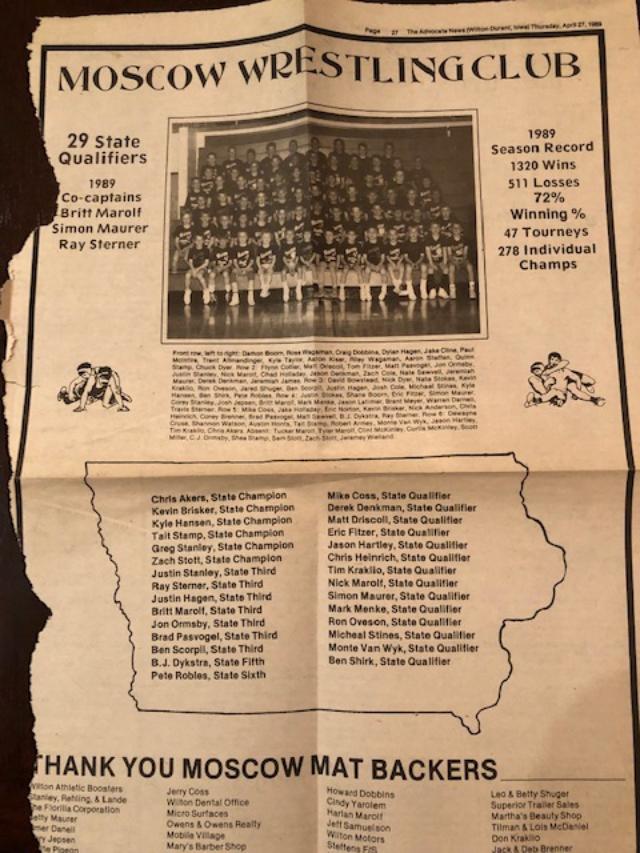 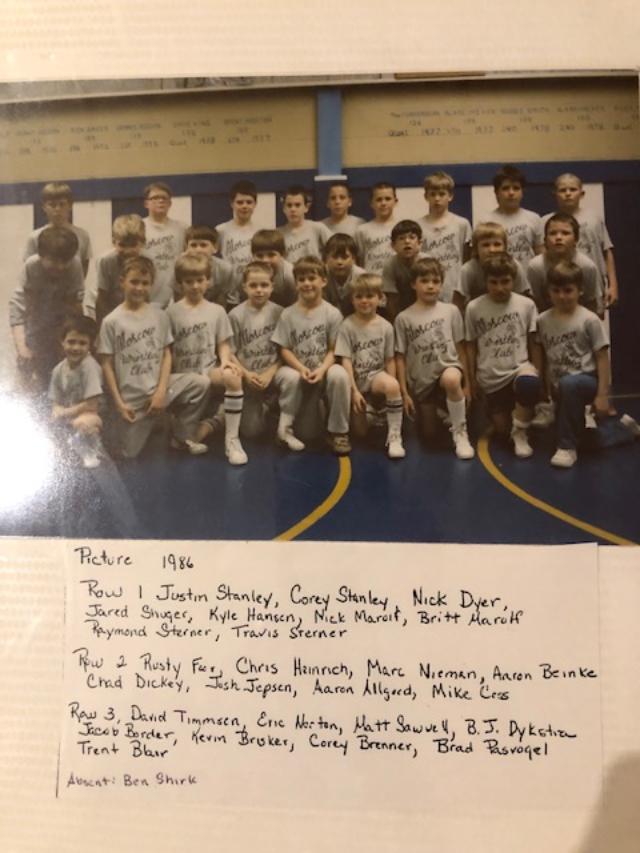 The Moscow colors were awesome. Black and grey. Who came up with that?
Dad in his own words wanted a singlet ugly enough that he could look across the gym at a tourney and notice his kids plain as day.  He came up with light grey because nobody had anything that color.  That way a MWC coach could always get to the corner in the chaos that were kids tourneys back then.
What are some of the names of guys who wrestled for the Moscow Wrestling Club?
Kevin Brisker, Mike Coss, the Boorn’s, Justin and Corey Stanley, the Stamps from Lisbon, the Wielend’s from Mechanicsville, the Weile’s from West Liberty, Ben Scorpil, obviously Britt and myself, Juan and Pete Robles, Fitzer’s, Pasvogel’s, Kyle Hansen..so many it’s hard to list them all. 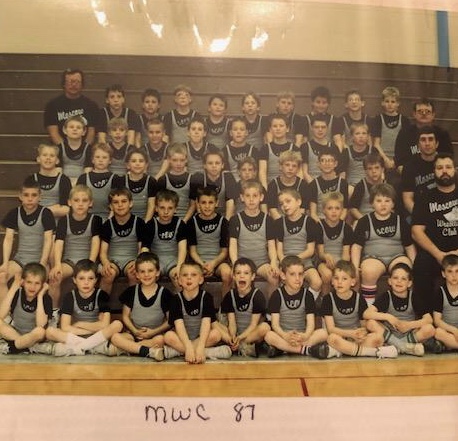 Who were the coaches?
Dad was really good at sorting the people.  He only allowed a coach he let in his room to work with his own kid the first year then they had to work with another group.  Some of the guys he had around the longest:  Gary Stamp, Tim Maxwell, Tom Mauer, Keith “Doc” Stanley, Mike Cline.
Where were most of the wrestlers from?
The majority were from Wilton, but there were quite a few from West Liberty as well.  Dad wouldn’t turn anyone down, he always had the mindset that anyone that wanted to learn would only strengthen the home program in the end.
How long did the club last?
Dad shut the club down when we moved to Columbus Jct for Britt’s Senior year.  He pulled the plug at the end of the ’94 season.  He turned over all the assets to the group in Wilton and they started the Wilton Wrestling Club with it.  He kept the name.
Have you ever thought of restarting the club?
There have been plenty of parents ask, but the split was pretty bitter for those closely involved.  Kevin Brisker has a good thing going with Pack 732, and the Boorn’s are heading up the other club in town, so there are plenty of choices.  I do have a son now and will get quite a bit more involved as he gets older, but I don’t think we will ever see a resurgence of the grey singlets!
Did Moscow always have a full room for practice?
Dad outgrew the basement pretty quickly and moved it to Wilton.  Towards the end he averaged about 85 kids and had practices broken up into beginners, intermediate, and advanced.  We drilled basics like crazy no matter which group you were in, but got a bit more technical as you went up the ladder.
Does the Moscow Wrestling Club hold a special place in your heart to this day?
Of course.  Dad took it from parents asking why you were even there to something the community was fully behind and supportive of.  They even hung a few banners in the process (some in other towns!).  As I’ve gotten older and reflect, of course my closest friends are those we shared the mat with, but I reflect mostly on the way my Dad coached his own kids.  Britt and I rarely if ever got coached by him in the room.  He was very cognizant of the perception of fathers coaching sons.  He was very, very hard on us two in public.  We received our coaching (both technical and mental) at home after public practice was over.  He never wanted, nor had a parent come to him and tell him he treated his boys better than their own.  As I look around today, if and when I choose to get involved, I can only hope to live up to that. 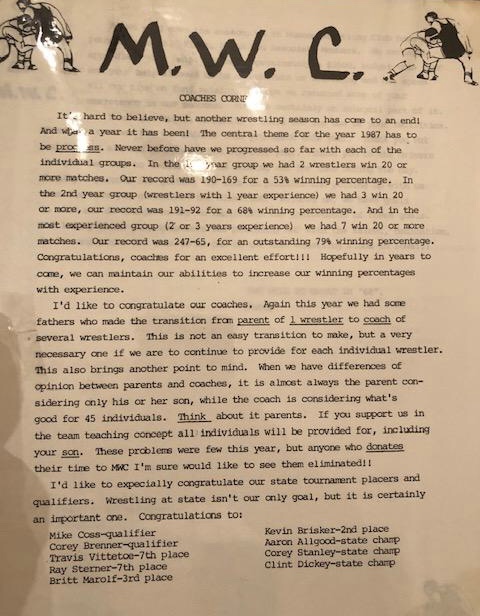