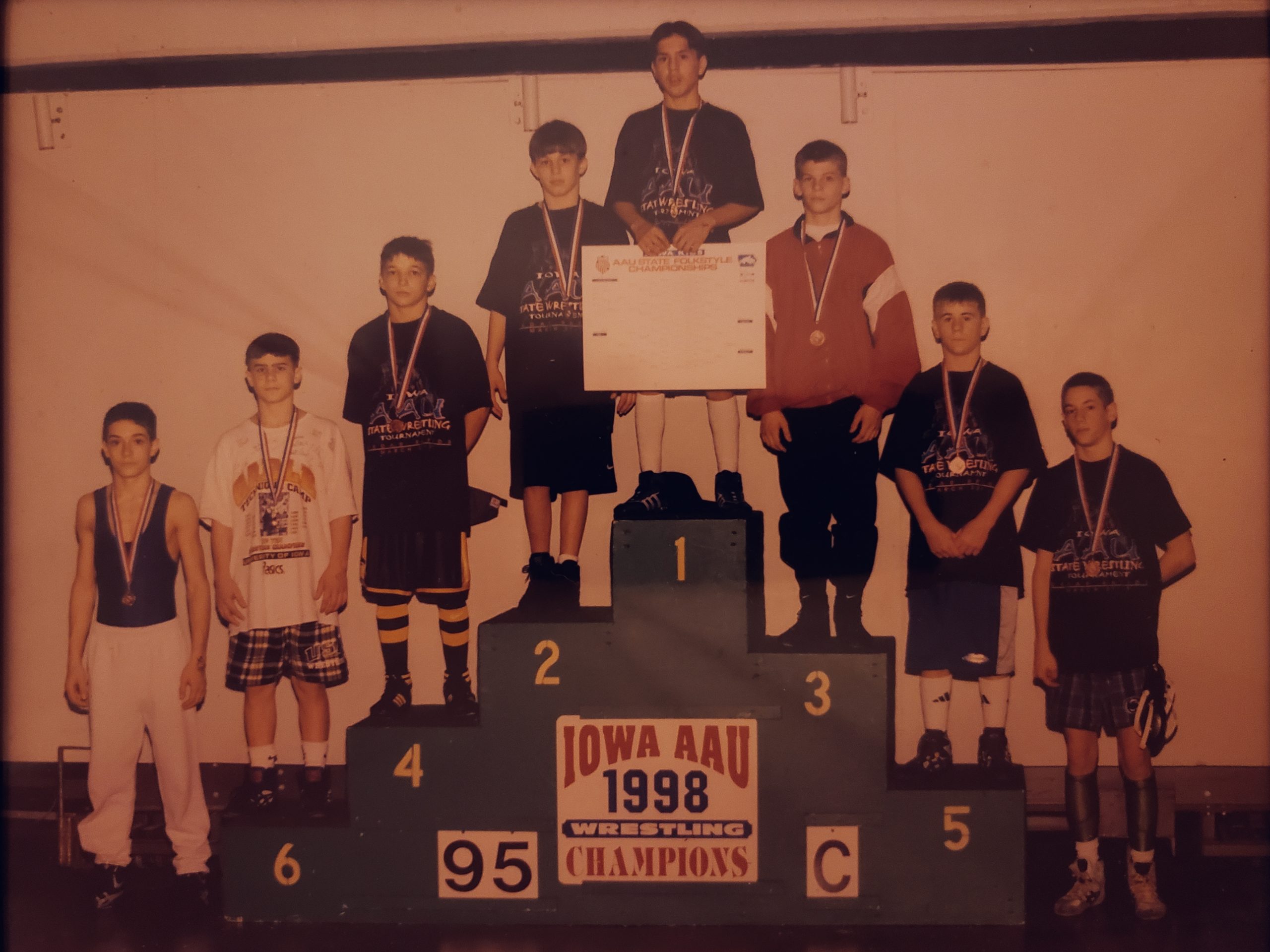 This bracket was absolutely loaded… and I remember a lot of these matches well because Christopher Johnson was in our youth club. Christopher knocked out a 2-3 time AAU state champ in the blood round named JJ Suiter by hitting the kid with a crazy move on top that we learned in practice from a Wade Schalles VHS tale called “Intense Legal Pain.”  Crazy thing was, Suiter beat Chris 15-0 2 weeks prior to that at districts.

The Moyer-Davila match in the finals wasn’t close. That one happened right in front of me. It appeared that Moyer didn’t really know who he was up against and he seemed off guard after being put to his back right away.

All these kids placed at state… considering the 7th place guy did as well, if I could remember who he is. Davila- placed 3rd a couple times and won it, I believe. Moyer- 4X placer, 2X state champ in HS. Jordan Burroughs speaks very highly of Moyer, claiming that he had a helluva time trying to become as good as him the first couple years he was at Nebraska. Patrick Allibone placed 6-3-3-2 at HS state. Mario Galanakis places 5-3-3-3 at HS state. He wrestled for the Hawkeyes in college. The only guy to ever beat Jesse Sundell. Corey Kalina placed 4th and was runner-up twice in high school. He was also a Tulsa national champ and did really well on the Fargo national scene. Kid was a hammer. Chad Bakkum was a crazy flurry away against Dusty Pollard from Osage from making the finals at state as a Sophomore… he would have wrestled my brother Justin in the finals had he won that.  Christopher Johnson qualified for state 3 times and placed 3rd twice. He also won AAU Nationals as an 8th grader and won the Cliff Keen World Championships as a Junior or Senior in high school. He was my brother Justin’s longtime practice partner along with Aaron Drain, Riley Ball and Chad Hutchinson.