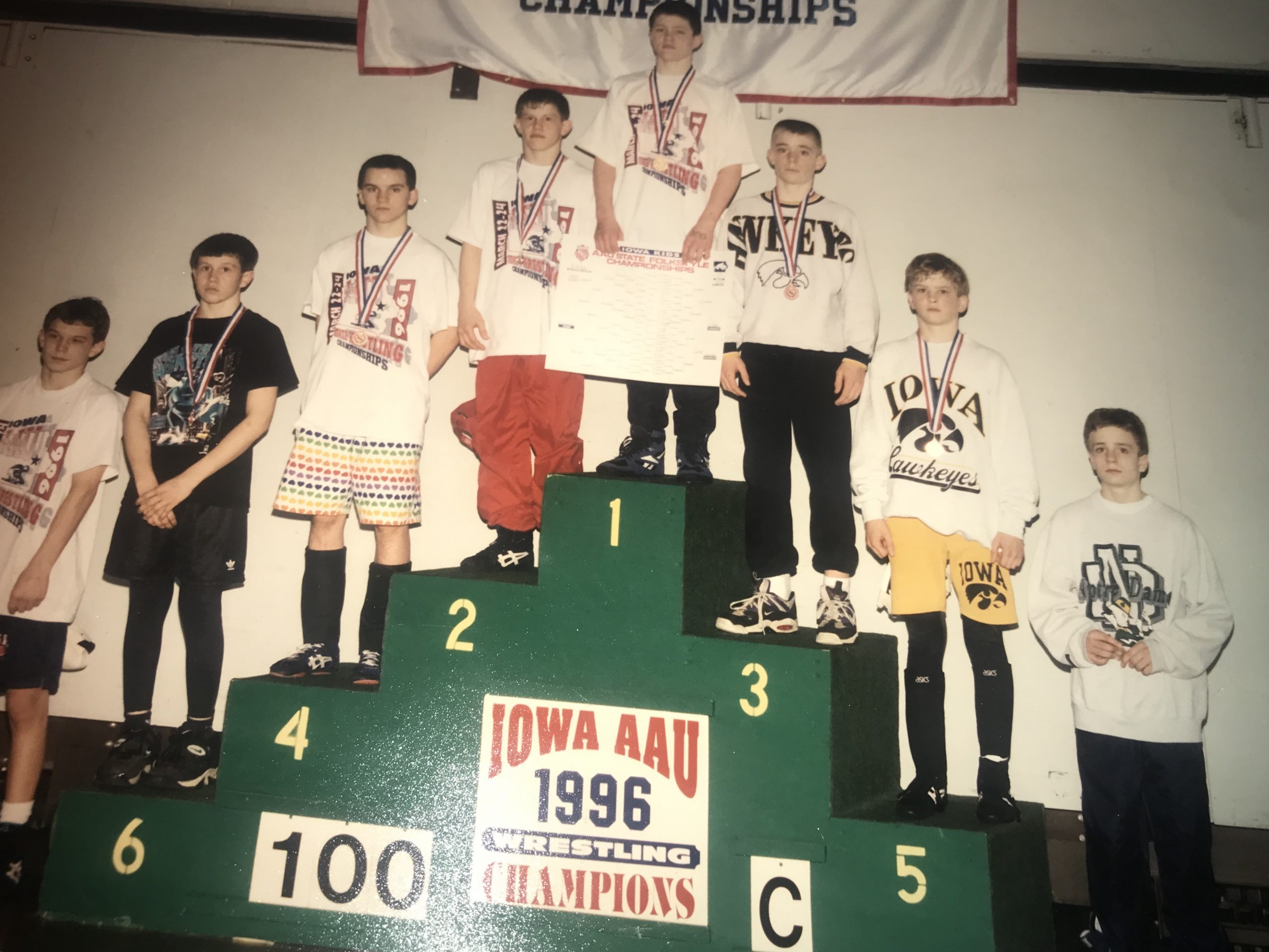 * Look at me…7th grade. Standing there on the 6 spot, literally feeling as if I at least looked cool when in reality, I was wearing tights, the “in” basketball shoes from like 5 years before that, a Charlotte Hornets T-Shirt from Wal-Mart and to top it off, underneath everything was a low-cut little lingerie looking leopard singlet that Steven Hollloway ended up wearing for a season 10 or so years later. The evidence is indisputable… I most certainly didn’t look cool as a 7th grader. In fact, I have a difficult time looking at this picture without wanting to jump into the pic, give myself a wedgie and shove myself into a locker.  A kid named Blake Edwards punched me after I beat him 2nd round. And in retrospect, I don’t think it was because he was mad that he lost… I think it’s because he couldn’t help himself because he thought I was so dorky. I don’t blame him.  The only thing cool about me that year was that I bumped the Spin Doctors in my Discman that whole weekend. Great band. I ended up growing to be a lot bigger than all these guys. 7th grade sucked. I was like a little kid wrestling a bunch of Macho Men Randy Savages the entire year.

* Wiele was on fire that year. He beat me like 6 times that year. I think our closest match may have been something like…14-0 or so. The only person I saw who gave him a good match all season was Brian Hessinius in the semis. That match was intense. Wiele placed in HS.

2nd Place was Travis Saunders from Maquoketa. That kid just kind of showed up out of nowhere that season and kicked a lot of ass, placed 2nd at state and then was never seen again. I was beating him in the semis that tourney with about 30 seconds left when he put me on my back to beat me by 2 points.

* Seth Houston ended up having a really sad story with his wrestling career. He had to quit early in HS due to a life-threatening disease of some sort. He was good. He was really, really good.

5th place was Garrett South. He was a state champ in HS and I believe won a D3 title at Luther.

7th place was McGonegle and he was really, really scrappy. I wrestled him a couple times in freestyle. He always wore this shirt that said, “McGrath” on it.

8th place was Andy Reed from SE Polk and I think he was a state qualifier in HS, maybe placed once.

Next post: Wrestling Dad of the Day: Dan Magayna