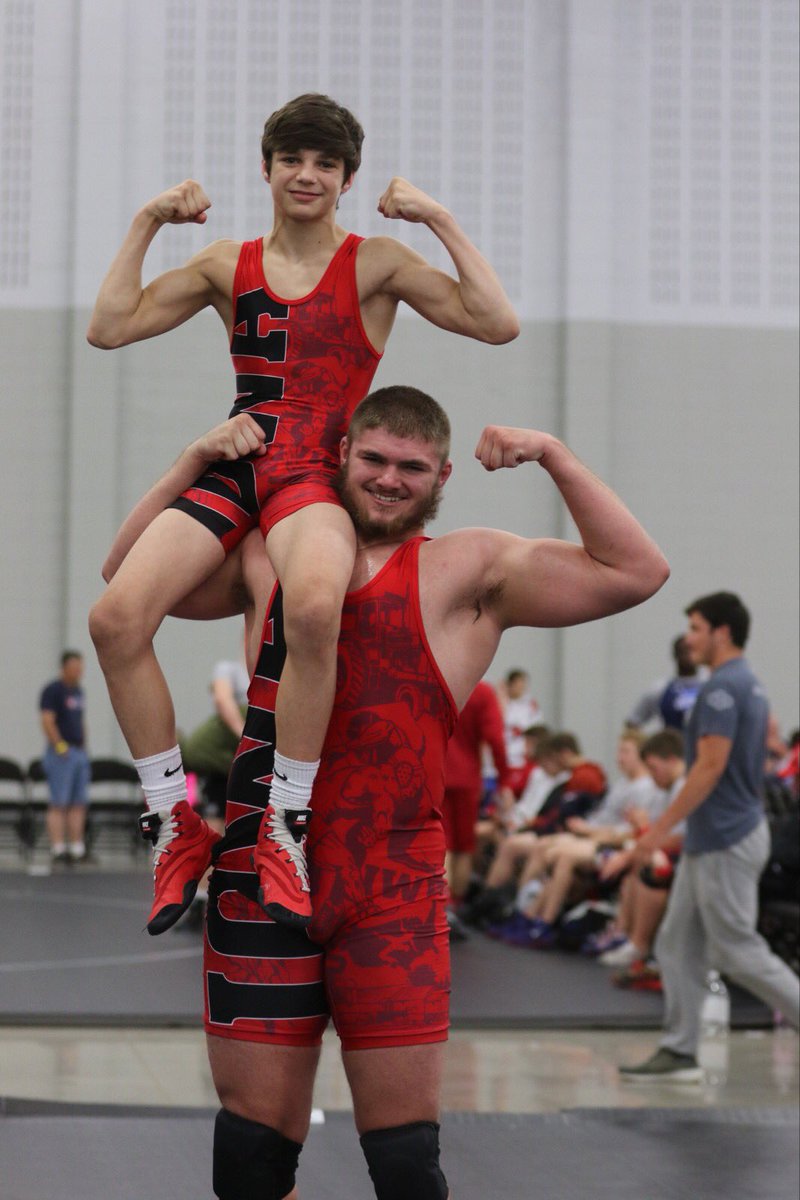 Brandon O’Brien holding Spencer Trenary on his shoulder!!! Haha, made ya look…it’s the other way around.

Please read this and keep it in mind if you ever catch yourself cursing the rankings you read on The Predicament or IAwrestle (there I said it…they do a fine job with the rankings).  Everyone who has ever compiled rankings from either source has worked their asses off to produce them for you and really, no one who does the rankings should ever be insulted or flamed at because of something you disagree with in the rankings they compiled.  Mistakes happen when you browse through thousands of names.  Trust me, no one wants to upset anyone when doing these.

Last night, I started to kind of fiddle around with doing rankings. I did the rankings for 3A last year and it was fun for the most part, but could lead to frustration that you wouldn’t believe. Sometimes there are no correct answers and no escape from the inevitable swarm of parents/fans who think you intentionally disrespected their kid. There are times when you have to rank a guy lower than you knew they should have been ranked because they had a loss that was likely, “flukey.” This happened with Griffin Liddle of Bettendorf last year. I got to a point with some weights last year, where I literally felt like drawing a name out of a hat to determine certain spots with guys who didn’t have criteria over the other.

So I started doing some rankings. I started with 3A 106 and I called it quits after….3A 106… that weight had me wanting to rip my own hair out. Here is what I came up with:

2.) Nathaneal Jesuroga-FR-Southeast Polk. I heard from the mouth of a former D1 stud who knows this kid well that he may end up being one of the best wrestlers to ever go through Iowa when he’s finished. I gave him the nod over Block because of that conversation. Although it can not be disputed how good of a weekend Ryder Block had.

4.) Dustin Bohren-SO- Bettendorf. Placed last year. This is the first weekend of the season and Block is legit…can’t knock him too much for that.

5.) Owen Helgeson-FR-Johnston- Kid is off to a great start and I have never met a Helgeson who didn’t end up having an excellent wrestling career…and I’ve known several. Kid is a lock to be good.

6.) Grant O’Dell- SO- IC West. Had a disappointing weekend this weekend, but he will bounce back if he isn’t cutting too much weight. He placed last year.

Niyo Gady- SR- Marion… 2 time qualifier and hasn’t wrestled yet. Where is he? There were moments last year where I had no idea if he was wrestling or not.

Max Bishop- FR- Fort Dodge- The kid had some solid wins this weekend at Indee and a couple of understandable losses to outtastater studs… however…he lost in a dual meet to a kid named Cael Wiener from Ankeny Centennial, 10-9.

Cole Wiener- FR- Ankeny Centennial– Has one loss on the season to fellow Freshman, Jacob Fistler from Dallas Center Grimes.

Jacob Fistler- FR- Dallas Center Grimes- Having a solid year. Lost big to 2A guy Camron Phetxoumphone, 15-3. I think that’s his only loss.

Kyler Carstarphen- Dowling- Has won all of his matches, but 1… was beaten by a Don Bosco kid at the Keith Young.

Blake Gioimo- FR- Prairie– I’ve heard good things about the kid, but he had a couple of ugly losses to Quincey Happel and O’Dell at the Indee Invite as well as another guy from outta state. May just be a “first week Freshman” deal.

Bowen Downey- Indianola- Having a solid year… took a loss to Helgeson. Took a loss to Arnie Galvan, a 2A top guy.

OK….So, for all of you reading…rank 7-10 for me. DON’T WORRY! I won’t get mad at ya! This doesn’t involve any of my own kids…but you probably will be spoken of very negatively by the crew of the guys you did not rank, but who cares, right? It doesn’t suck at all having random strangers who you would otherwise get along with, but they don’t think too highly of you for they feel like you slighted their son (sarcasm). So rank’em!!

For real, though. WHAT IS THE CORRECT WAY TO RANK THE LAST 4 THERE? Please, someone enlighten me!!! How would you rank them?

And where is Niyo Gady?!?! He is nowhere to be found on trackwrestling… that would make things so much easier, if we could just FIND NIYO!!! 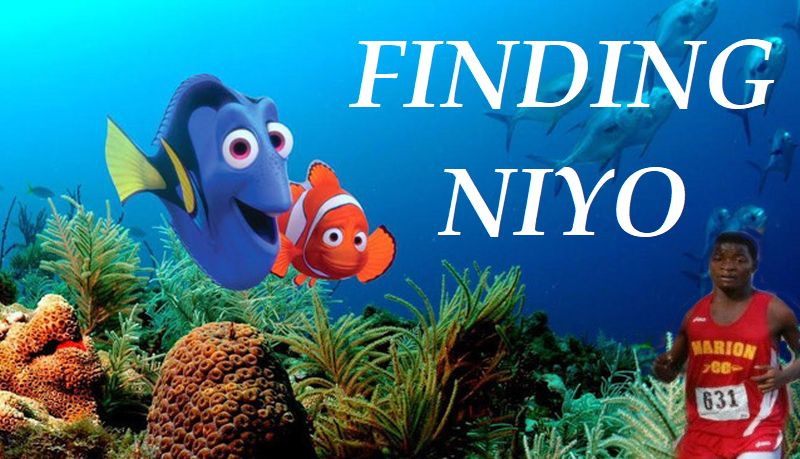