THE PATRIOT OPEN: Preview and Thoughts

https://johnnythompsonnum1.blogspot.com/2019/12/the-patriot-open-preview-and-thoughts.html?m=1  (SERIOUSLY, CHECK HIS SITE OUT… HE HAS TONS OF GOOD STUFF THERE). 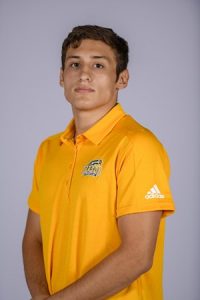 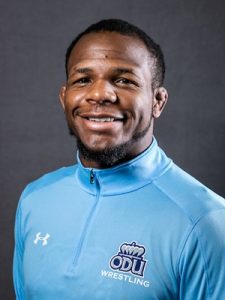 With all focus on the Cliff Keen Las Vegas Invitational it’d be easy to forget all of the other great competitions going on this weekend.  One of which will be the PATRIOT OPEN hosted by George Mason.

Let’s take a look at the weight classes

#13 Gage Curry of American who has thus far made a career out of coming into tournaments either unseeded or with a low seed and then upsetting his way to a higher finish will now be on the opposite end of the spectrum.  He’ll most likely be seeded first.   His stiffest competition will come from #14 Killian Cardinale of Old Dominion who is still filling in for Michael McGee.  Challenging both for the title will be #17 Joe Manchio of Columbia.

With that said I’m anxious to see if being an open Lock Haven’s Luke Werner competes and if he does, if he can knock off one of the if not more of the ranked wrestlers.  Curious as to the health of TyShawn White, I’d also like to see him competing for the Eagles.

I don’t own a crystal ball but if I did I imagine that it would predict a final between Lock Haven’s D.J. Fehlman and Army’s Lane Peters.   Both are having rather rocky seasons & a title here would do them both good.

No question the most competitive weight class within the tournament.  #8 Kyle Shoop of Lock Haven will be the number one seed and on paper doesn’t look to have much challenge.  However, on the mat, things may be different.  #15 Sa’Derian Perry of Lock Haven is working hard to position himself back into the top eight.  He could challenge Shoop for the title.

Look for a strong third place showing out of #20 Sal Profaci of American who might even surprise us and challenge Perry for a spot in the finals.

If only the top four are recognized, look for the fight for fourth place to be an all out war between Army’s Corey Shie, Old Dominion’s Alex Madrigal & if he enters the tournament Columbia’s Matt Kazimir.

Being his home tournament and his last one at that, it’d be nice to see Colston DiBlasi of George Mason win the title.   Easier said than done with #15 Kizhan Clarke of American in the bracket most likely as the number one seed.  With DiBlasi’s inconsistency it is plausible that he upsets Clarke and wins the title. On the same hand it is every bit as possible that he ends up upset himself by Army’s P.J. Ogunsanya and has to settle for third.  With DiBlasi you can feel confident making either prediction.

#5 Larry Early of Old Dominion should win the title without much if any struggle.  #17 Alex Klucker of Lock Haven will most likely be his finals opponent although I wouldn’t right off either of Army’s participants.  Both Lucas Weiland and Markus Hartman continue to fight for a starting spot come the EIWA tournament.  Who places higher here could be one of the factors for that determination.

Racking up some wins on the way to a title looks to be the case for #10 Cael McCormick of Army although Shane Jones of Old Dominion could give him a match in the finals.   One would think that perhaps Columbia’s Laurence Kosoy who is currently redshirting might enter the tournament.  He has yet to wrestle a match this season and if he wants to get any matches in, now would be the time to do it.

As is for teammate McCormick, this looks to be three wins to a title for #12 Ben Harvey of Army.  The real question here is who he’ll face in the finals.  Jared Siegrist of Lock Haven looks to be the most likely candidate, although I wouldn’t count out Old Dominion’s Alex Cramer quite yet.

Look forward to a very good match between #12 Tanner Harvey of American and #13 Noah Stewart of Army in the finals, if it happens. Unranked Corey Hazel of Lock Haven does own an 11-5 decision over Stewart so he could upset his way to the finals.  Old Dominion’s Antonio Agee should take fourth.

With Alex Hopkins, Jack Brown & Bennett Paulson this feels like a wrestle-off for the Black Knights.  The only plausible way I foresee someone other than the Army taking this weight is if Tim Young of Old Dominion were to get past all three in route to the title.

If Army hasn’t shown its dominance by now, they certainly will here.  Being an open, I see a finals match between Bobby Heald and Ben Sullivan.