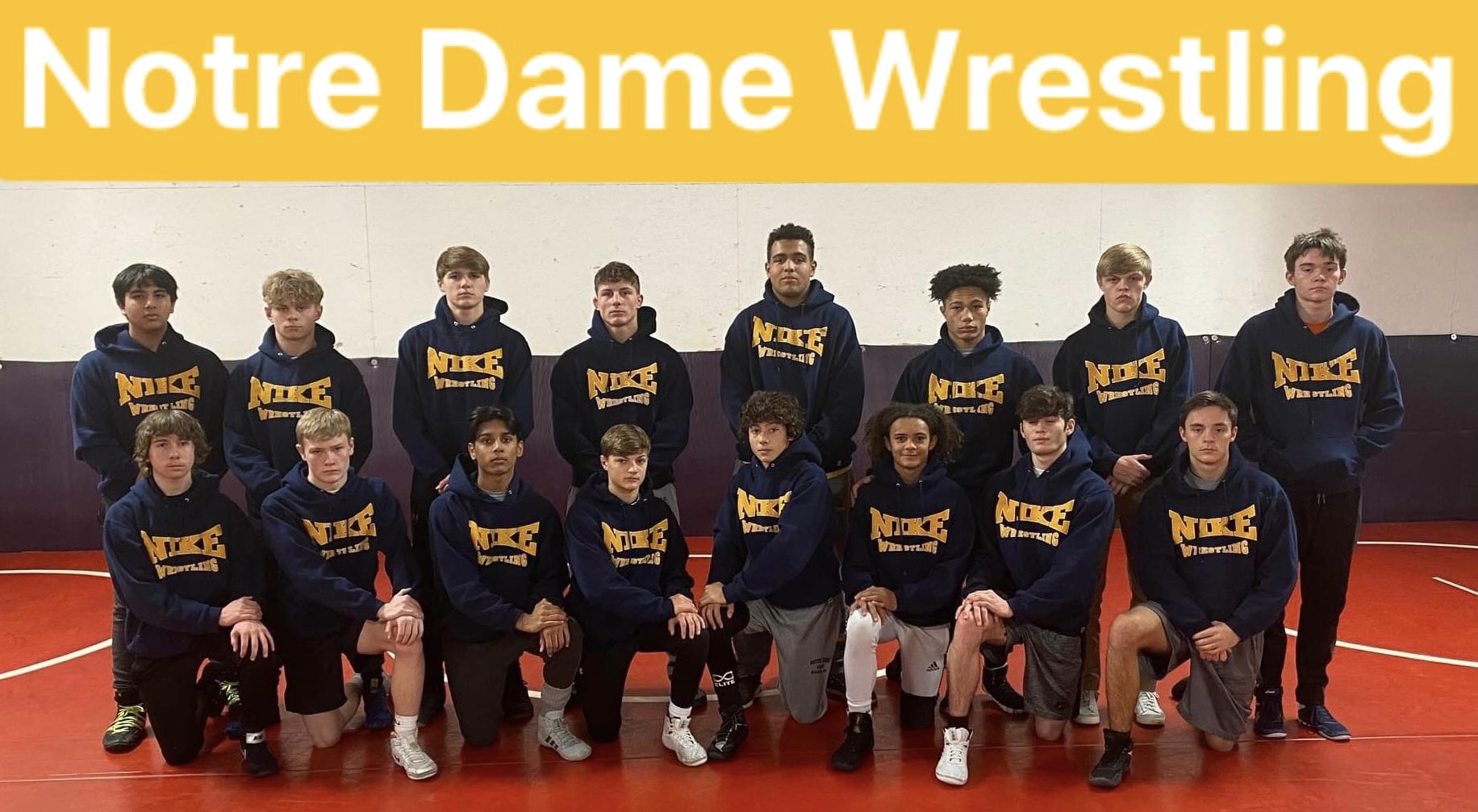 To say that Burlington, Notre Dame HS wrestling has epitomized sheer dominance this year would be an understatement. They have been good this year…really, really, REALLY good. Good as in if there was a video game for wrestling, they would be putting up “Madden cheat-code” stats. I knew for the most part that they were having a great season, but wasn’t totally blown away as I am now until I looked at it a bit closer.

CHECK OUT SOME OF THESE STATS!!! NOTE: I GOT MOST OF THESE BY TALLYING THEM FROM TRACKWRESTLING. SOMETIMES TRACK CAN HAVE GLITCHES IN TERMS OF HOW IT FACTORS IN FORFEITS AND LOSSES BY MEDICAL FORFEITS, SO I APOLOGIZE IF SOME OF THESE STATS ARE A TAD OFF…I DID THE BEST I COULD WITH IT. 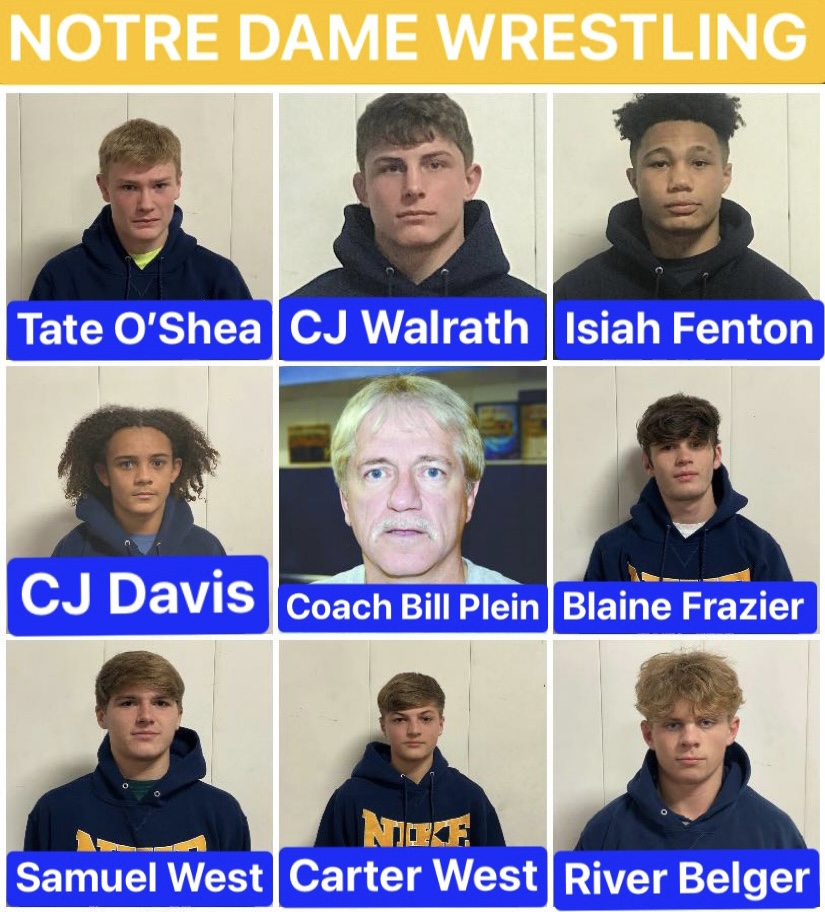 -ND is coached by longtime dynamic duo, Bill Plein and John Siegel. 1990 New London state champion, Damon Loyd also coaches there.  Both Siegel and Plein are in the Hall Of Fame. Those two coached together for years and had tons of success at Columbus Jct.  Plein was there for decades. Along with Columbus Jct. John Siegel has also coached powerhouse wrestling teams at Morning Sun, Wapello and New London. 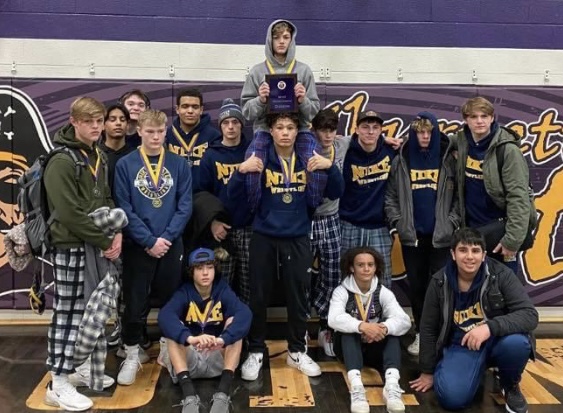 -They have 2 returning state placers; Blaine Frazier and CJ Walrath. Frazier placed 2nd last year for the 2nd time and made the podium for the 3rd time in his career. Walrath placed 3rd.

-The two #1 ranked guys, Blaine Frazier (132) and CJ Walrath (182) have a combined record of 67-0. Frazier is 33-0 and Walrath is 34-0. Blaine Frazier has scored bonus points in every match he has wrestled this year except 1, which was a 3-2 win over the defending state champion who beat him in the finals last year, McKinley Robbins of Greene County. He has 3 major decisions and 1 tech fall. The rest of his wins have been pins with a couple forfeits. All, but one of these pins have come in the 1st period. Walrath has scored bonus points in every match he’s wrestled except for 2 decisions against high quality wrestlers. One was a 3-2 decision over former state champ/2X finalist and Hawkeye commit, Mickey Griffith of DM Lincoln. (So if you previously had the “who have they wrestled?” narrative in your head before reading this, you can stop with that now). The other was a 5-0 win over returning state qualifier, Joshua Glendening of New London. He also recorded a major decision over Glendening. Those are big wins, for Glendening is a wrestler who is absolutely on the rise right now and is going to open some eyes in the postseason this year…I would bet money on that. Walrath also has 1 tech fall and 28 pins…It appears that every one of these pins have come in the 1st period.

-Carter West’s older brother, Senior Sam West is 31-4 currently with all of his losses coming to high quality wrestlers who have had postseason success prior to this year. He has given some top-notch wrestlers some close matches and has beaten some great kids as well. Sam is a returning state qualifier, look for him to build on that this year. Sam is named after who I believe is his father. Sam West was a 3X State Qualifier/1X State Placer who graduated in 1986 and wrestled for Burlington.

-They have an unranked Freshman at 2A 120 named CJ Davis who is currently 25-3. He isn’t ranked yet, but he’s getting there and I wouldn’t be surprised to see him do well in the postseason this year.

-#11 ranked at 2A 170, River Belger has only lost to two guys this year. He has pinned literally everybody else he has wrestled according to trackwrestling. He has wrestled at both 145 and 170 this season, which is a bit uncommon, but sometimes happens when you have a deep lineup as Notre Dame has.

-#12 ranked at 2A 138, Tate O’Shea is a Junior this year and returning state qualifier. He won a match at state last year… look for him to build from that this year… If he has a similar trajectory to his older brother, Brant O’Shea, you could see him make a splash at state this year. Brant was a multi-placer and a runner-up at state for Keokuk at 2A 132 in 2017.

-#6 at 2A 152, Isiah Fenton is currently sitting at 29-5 on the season, but it appears that 2 of these losses were medical forfeits. 2 of his losses were to returning 3rd Placer, Dominik Lopez of New London… Lopez pinned Fenton the first time, but the second match was won via ultimate tie-breaker, 2-1. 26 of Fenton’s wins were pins and the other 3 were technical falls.

-ND’s 145 lber, Blake Wilson is not ranked, but has to be close. He is a very talented Freshman. I want to say he is the son of 90’s standout wrestler from Morning Sun/Wapello, Brock Wilson, but I could be wrong. He has a very respectable record of 12-3 right now.

-They have a talented Freshman 113 lber in the lineup named Kayden Dietzenbach, who was a placer at AAU Youth State last season. He was out of the lineup for the first half of the season, presumably due to injury or something, but came back recently. He is currently 5-0 with 3 pins and 2 technical falls.

*** Apologies in advance for anyone I may have left out or if there are any stats that have changed since the last time I took note of them. Hopefully I am at least close with these and to anyone I may have forgotten, I promise it was a simple oversight. 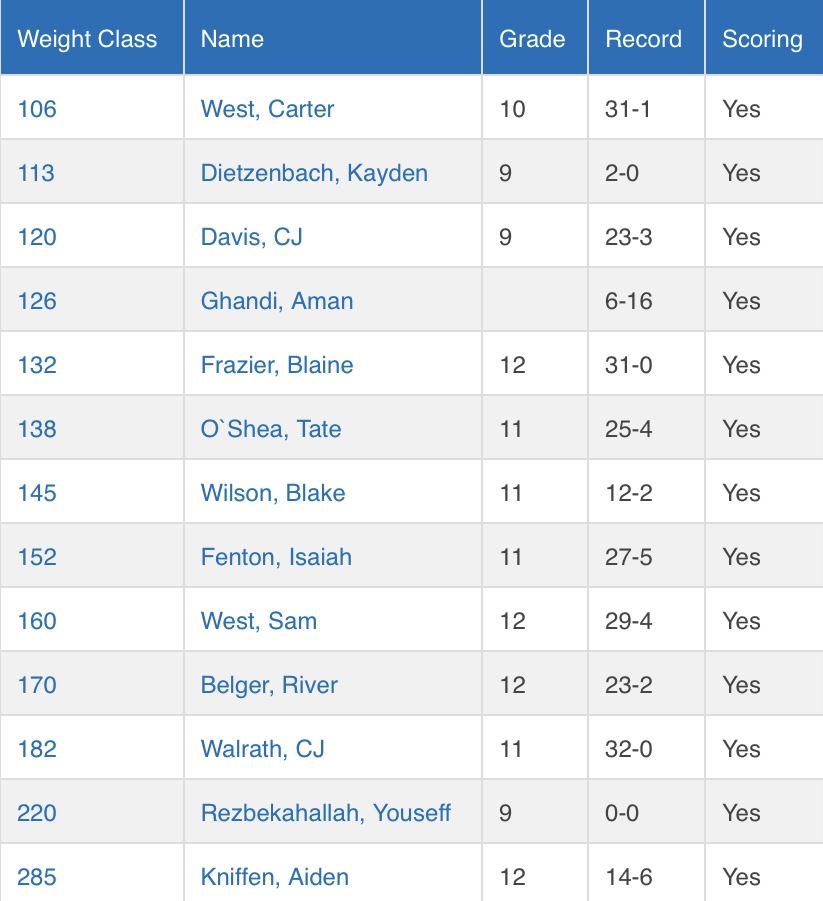