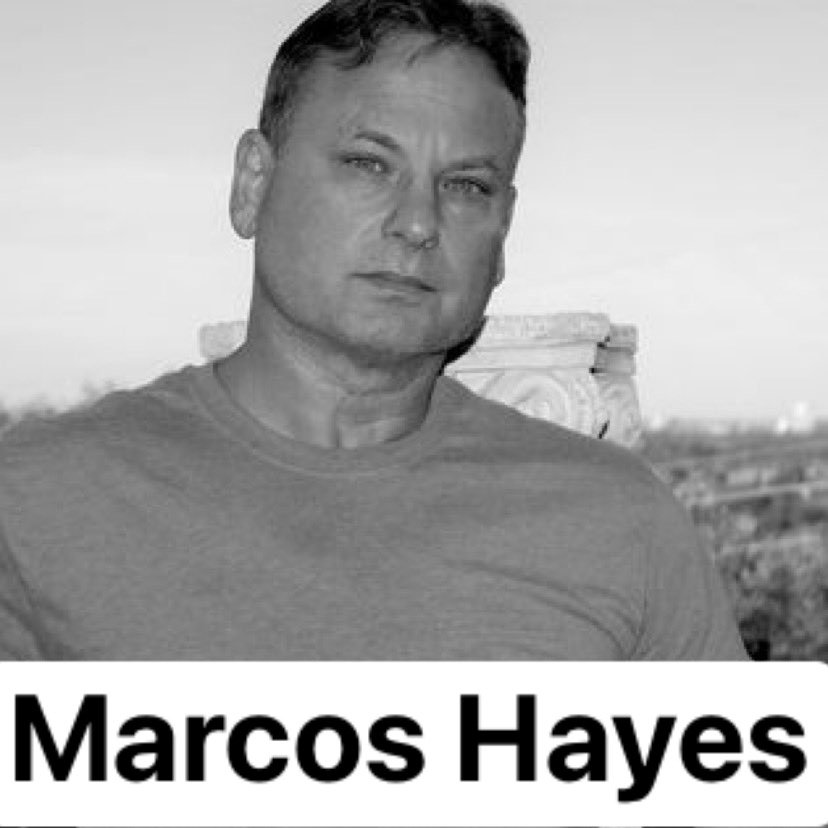 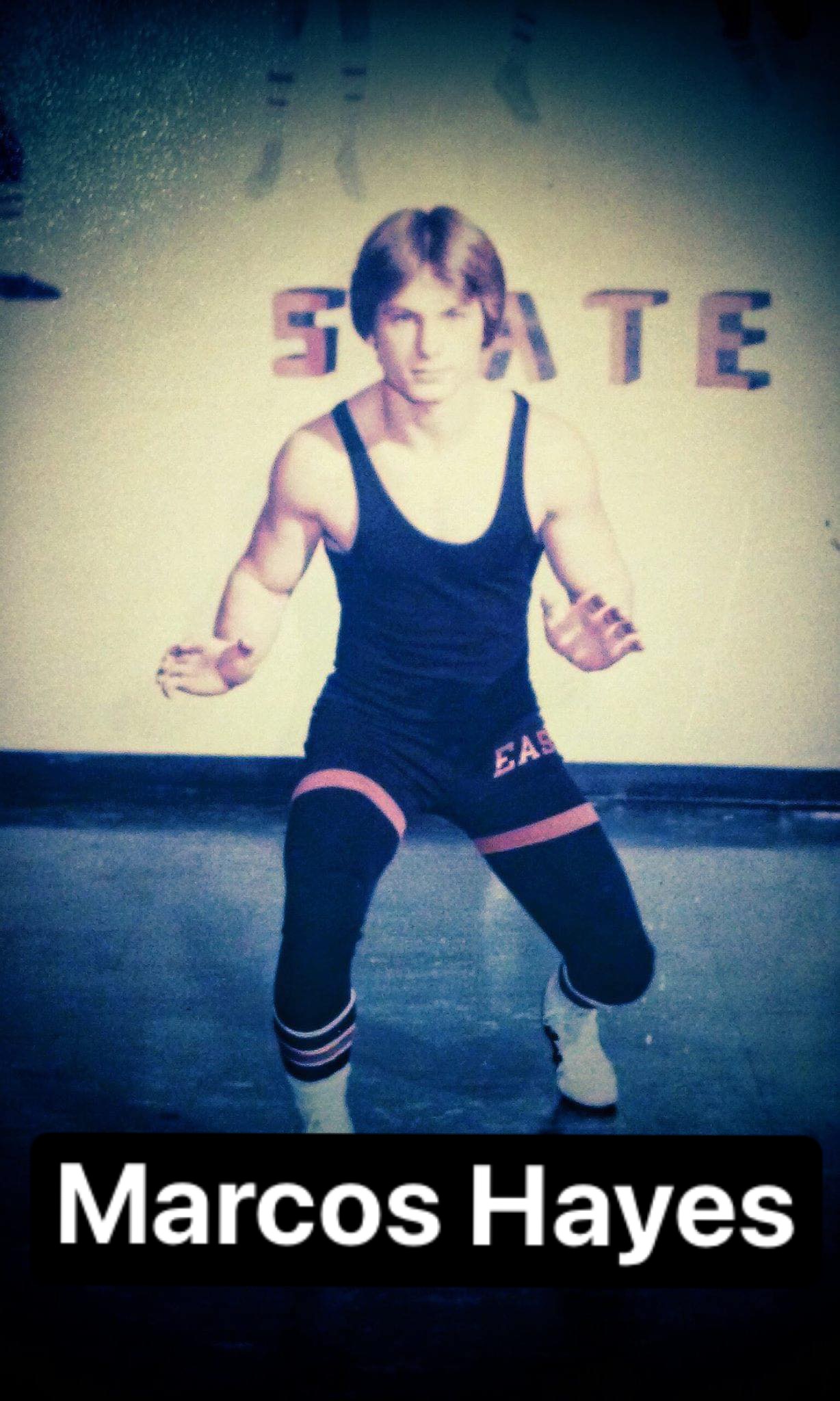 Marcos Hayes… This man has had quite the journey…not only with wrestling, but life in general. However, as we all know, wrestling has a knack for impacting several aspects of life, and this claim is vibrantly reflected when reading the journey of Marcos Hayes. Marcos was born and raised in the traditional wrestling powerhouse of Waterloo, IA and he was a part of some of the most widely respected teams of his era (late 70’s/1980). Since his days of competing as a HS wrestler, Marcos Hayes has found success in the club wrestling scene in Texas, has fought in various Judo/Jiu Jitsu competitions, has coached HS wrestling, has taught martial arts, has trained stuntmen and stuntwomen for tv shows/movies and most importantly, has been a family man. And through it all, he never forgot the things that enabled him to achieve the accolades he has in life…most notably, The Waterloo East wrestling community. 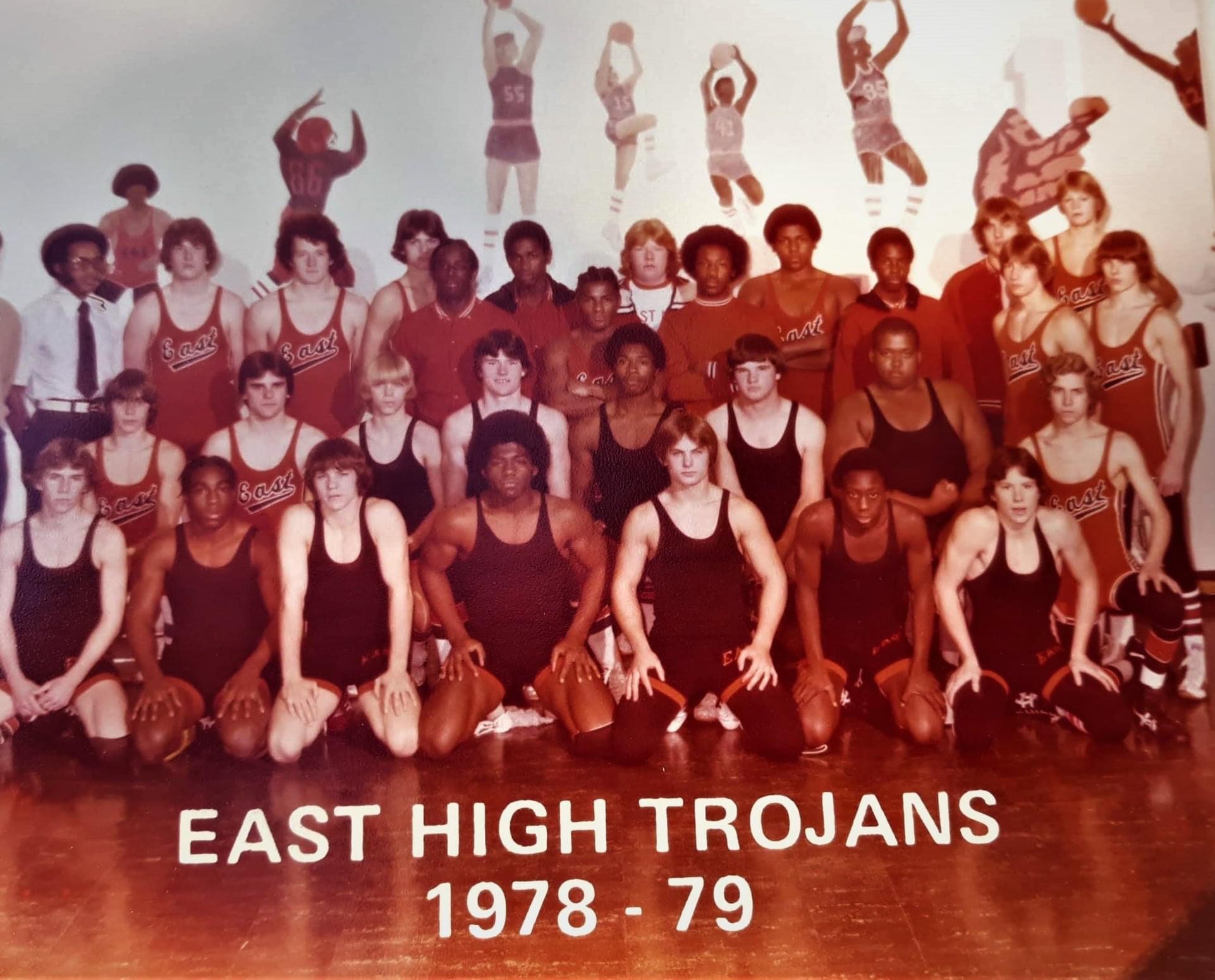 PINDOX:What clubs, schools, etc. did you wrestle for?

– Logan jr high and East Waterloo. Wrestled for the University of Texas “club” in Austin, Texas.

-Both of my brothers wrestled, had to learn to wrestle to survive life with them. Grew up in Dan Gables home town.

-My older brother Jeff Kay was better than me, he wrestled at East as well.

PINDOX: What were your youth results?

– In Junior high- (9th grade I was undefeated. In 10 grade I made varisty at East Waterloo. In 11th grade, I went 11-6 ( this was when there were very few tournaments (thank god) I was ranked 6th in the state I believe in my junior year.

PINDOX: Any rivals there?

– Well, the top guy at my weight Was David Morkel from west Waterloo. He was something like 25 – 0 with all pins I believe, He beat me 11-6.

– Never went to state, the year I was ranked I injured my knee and lost at regionals to a guy I beat easily in the dual meet.

– The most challenging part of wrestling was always the weight cut. Back then, there was no supervision, only pure starvation and desire to make weight and make your competitor pay. In my junior year I would weigh around 155 on a Tuesday and on a Friday morning would make 138
How would you describe your wrestling style? Pure strength for 6 minutes LOL.

– So many coaches. Obie Sadler, Mr. Harris, Punchy Sallis, the boys club coaches and all of the older wrestlers who would come to practice to share their knowledge.

– My team was competitive but do not remember the record.

– Dan Gable, Barry Davis are there any wrestlers you’ve seen, past or present that you would compare your style to? Nowadays, I am a mix of power and tenacity of an Iowa wrestler with John Smith slickness.

– We had 45’s we would always play “Grooveline” by Heatwave or “Hollywood Swinging” by Kool and the Gang or “Always and Forever” by Heatwave.

PINDOX: Who were some of your most notable competitors in high school? 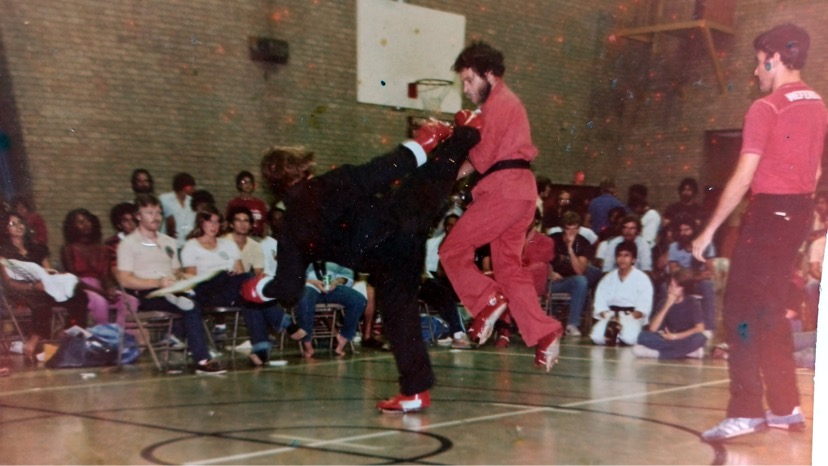 – I played football until 12th grade. I quit football to start my own gymnastics team. I placed 6th in the state my first year on the rings.

– I taught wrestling for over 25 years here in Austin Texas. I was a high school coach for 2 years. I love to give back to the sport.

– I used my wrestling experience to assist me in a career as a professional stuntman for the past 30 years. The discipline you learn as a wrestler prepares you for the Kaos of life.

– I teach private martial arts and seminars realted to takedowns for martial artist. Mainly for people training in Ju Jitsu. I just finished training an actress for stunt fighting in a new TV series. I am a licensed real estate inspector in Texas. Also, I’m a grandfather (this is the best thing).

– Would love to I am at 155  Would you like to give a shoutout to anyone you wrestled with, against, coached, etc.? Shout out to my teammates, Ted Keys, Mark Loftus, Wendal Leflore, Jeff Ott, Ricky Ceaser, Rusty Allen, Jimmy Jewel, Joe Hatchet, Woody Rogers, Randy Finger, Punchy Sallis, Kirk Sallis.

– One time, I went to West Waterloo High school to watch a dual meet, Barry Davis was wrestling, He was in such incredible shape he wore his opponent out, and at the start of the 3rd period the guy didn’t know where he was, Barry Davis Slapped him and pulled him to the center position. I thought I hope I never wrestle that guy! 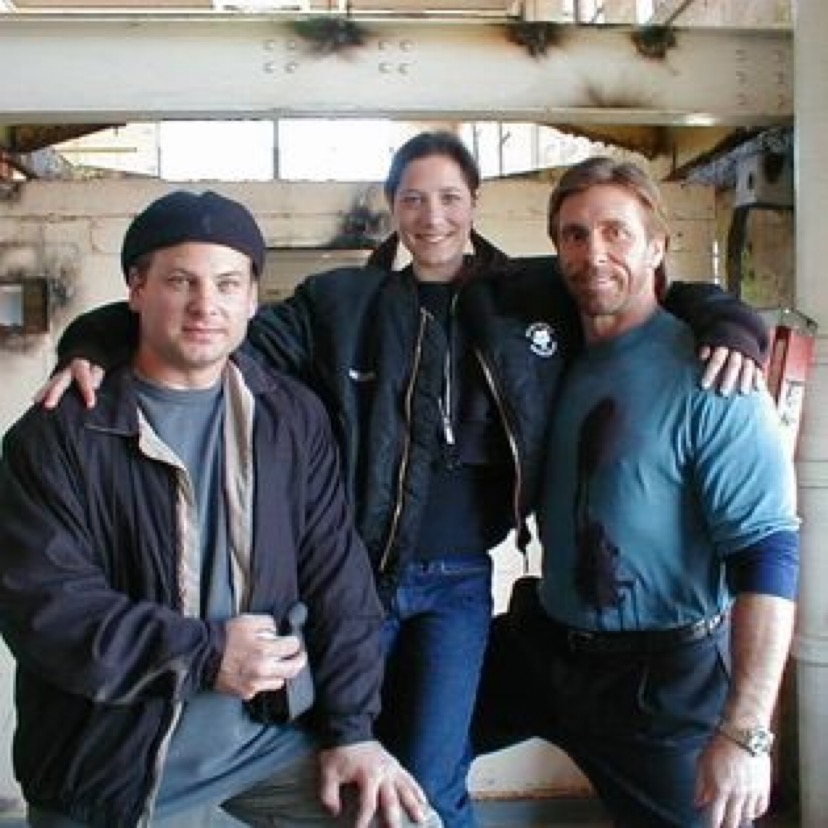 Previous post: Jeff McGinness’s Story About A Humbling Experience He Had At A USA World Team Trial Practice