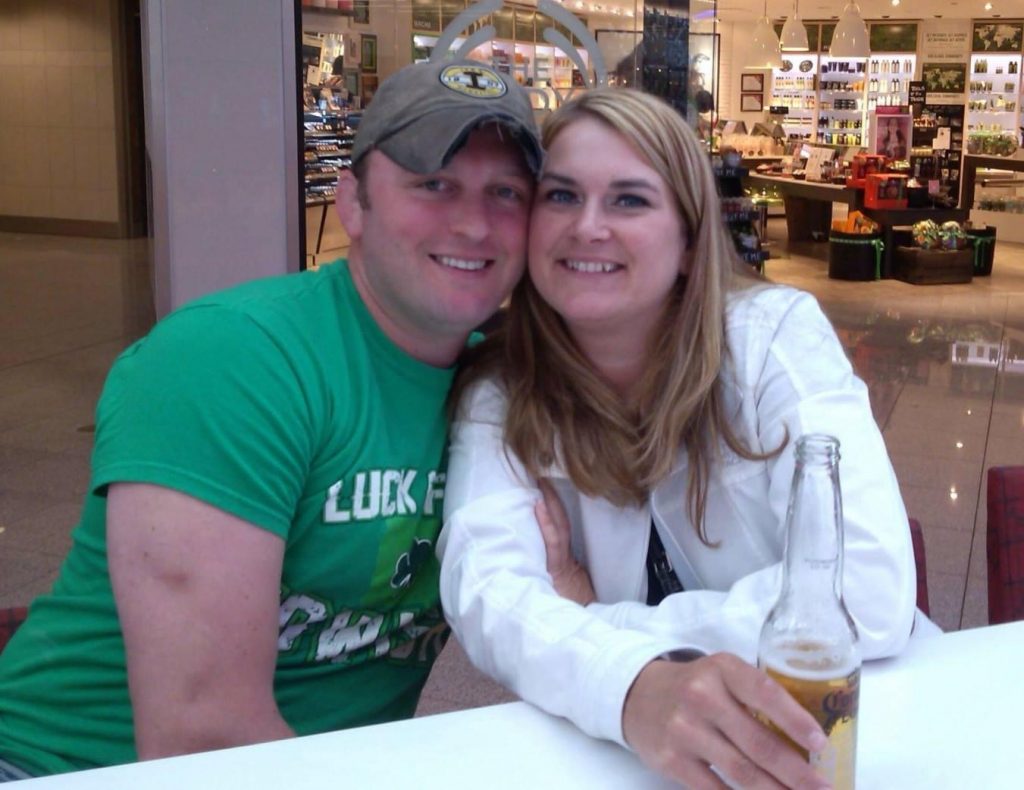 Rob Hoback… he’s a legend in Southeast Iowa. One of the best athletes to ever come out of the region.

This is his Junior year finals loss vs. Frank Marchant, but I felt like both these guys had moments where they displayed crazy athleticism in this match: 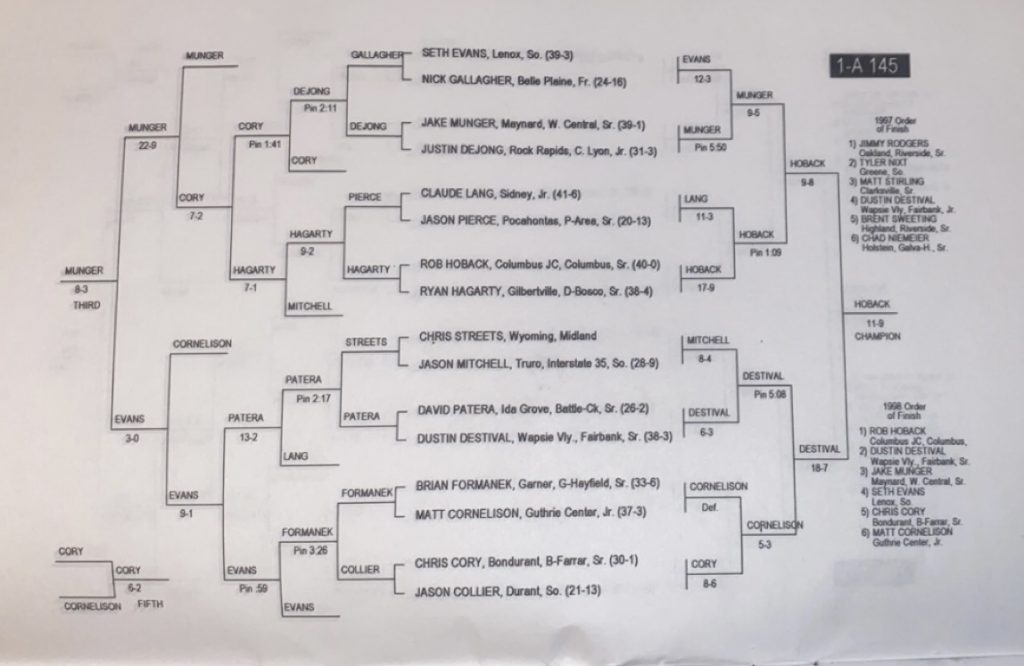 My parents were always encouraging me to try every sport. My Dad might even tell you that I learned to wrestle from watching the movie Vision Quest. LOL

Wrestling family. My oldest son is in his senior year and just won districts. Making another run a state. My brother Andy Hoback qualified a couple times and placed 4th his senior year.

What were your youth results? Any rivals?

Made it to state a couple times but never placed. Not really.

Moment: Freshman year, Sectionals and I am in overtime with Drew Achenbach from North English Valley. Couple stalemates and we are down to about 15 seconds left. I hit a takedown and he fights it off at first but then I start to gain the upper hand. I get what I think was the takedown and jump up and start back to the middle of the mat. I then get tackled from behind and then hear the whistle. We meet in the center, shake hands and I go to raise my hand and the ref holds it down and raises Drew’s. The crowd went nuts!!! The ref turned to me and said, “ Don’t stop wrestling until I blow the whistle.” I was crushed! No wrestle back either. Drew got caught and pinned in the finals. I got to redeem myself at state duels and came away with a couple wins.

Greased Lightening!! LOL I am not sure what you would call it. I know that I loved being on my feet and I loved finding new ways to take people down.

I can’t pick just one because they all had skin in the game. They were the best!!

Sophomore year at state and I had to win this match to solidify becoming a place winner. I had wrestled this dude in sectionals and districts and could not beat him. Brian Ewing from Moravia. It was always close as was this match. I lost 5-4. I still think about that match. Oh yeah and when I lost in the finals my junior year. Crazy disappointed!

When I got to the junior high/high school years, it was Randy Pugh. He set the bar high!! But there are a lot more guys out there that definitely helped me along the way.

What sports did you play?

How did you do in each of them?

Four year letter winner in every sport in high school. All state honors in all four. Would have to look at the record books. LOL

Wrestling taught you to be in good position all the time to accomplish your objective. That helps in other sports and all walks of life.

Playing at the Unidome in football, Giving Mr. Purdy a hard time on the way to Dickinson relays for Track, and so many more.

What accolades are you most proud of from every sport?

Getting awarded The Hawkeye Athlete of the Year in 1998, Placed 4 times at State Track and Field meet.

I would have to say yes. Both parents were very athletic. It was also something that drove me personally. I had some of the same teachers and coaches that my parents did when they were in school. I had to listen to stories about them and how it wasn’t going to be easy filling their shoes. My brother and sister were also amazing athletes!

Would you consider being a multi sport athlete as becoming more and more discouraged as time goes on for people who want to play a sport in college? What would you say to a HS athlete who is considering not going out for a sport they love because they feel like it’ll be held against them for not dedicating that time to the one sport they plan on playing in college?

Absolutely becoming more discouraged now-a-days. I believe not only is it discouraged, but it can also hinder an athlete from getting accepted into a college/program that they are more then qualified to attend and compete at.
To an athlete that is thinking about not going out for a sport they love: Don’t worry too much about it. You as an athlete will know your limitations and will make the right decisions. No one intentionally sets themselves up for failure.

Not sure what I would change. Maybe could have won more of the close ones.

Senior year, 48-0, State Champ, Team duel Champs. We had a highly successful season. We worked our butts off.

From freshman to senior year. Here are a few in no particular order: Josh Dorothy, Justin Jeffs, Ryan Stevens, Tommy Hahn, Ben Scorpil and the list goes on.

Crossfit!!! Anything outdoors hunting, fishing etc. Spending time with family and hanging out with friends. Love watching me some wrestling!! Can’t wait to be able to go watch in person again.

It has definitely made me a competitor in all aspects of life and has giving me the mindset of, “there’s nothing you can do to keep me from accomplishing my goals. I will find a way to succeed!”

Nail the basics the other stuff will come. Have fun!

Next post: Epic Matches In Iowa HS Wrestling History: Jeff Gibbons of Ames vs. Steve Knight of Clinton (Along With The Battle That Led Them To The Finals)